The festive season was all about fun and enjoyment as Skol Brewery Rwanda celebrated the New Year with its customers in music events held from December 28, 2018 till the wake of January 1 at the Kigali Convention Centre roundabout.
The four-day entertainment event was an opportunity to celebrate the brewer’s achievements over the past twelve months, and appreciate its customers for their continued love for Skol drinks, through music from Kigali’s finest DJs and selected artistes. It was also an opportunity to promote OUR latest brand, Skol Select, that has been on the market since December 2017. 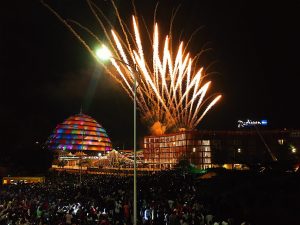 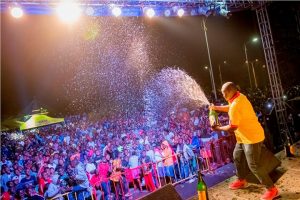 DJs Toxxyk, Miller and Marnaud, who make up Dream Team DJs, entertained the audience with the finest and trending music from local and international artistes during the first two days (Friday and Saturday) to ensure that the audience felt the festive season mood while enjoying Skol drinks at regular prices.
On Sunday, the celebrations were headlined by artistes from The Mane Music Label which has been in partnership with the brewing company in different entertaining events during the just- concluded festive season, such as the first edition of Celebrities Christmas Party held at Kigali Conference and Exhibition Village (former Camp Kigali). The likes of Safi Madiba and Marina made entertaining performances at the event to keep the revelers’ festive mood high and positive. 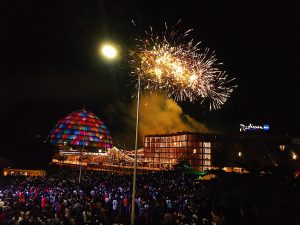 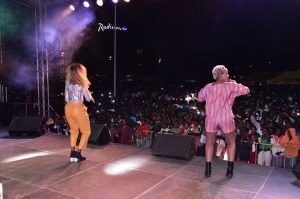 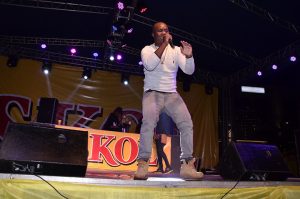 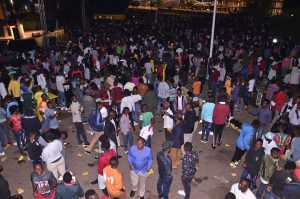