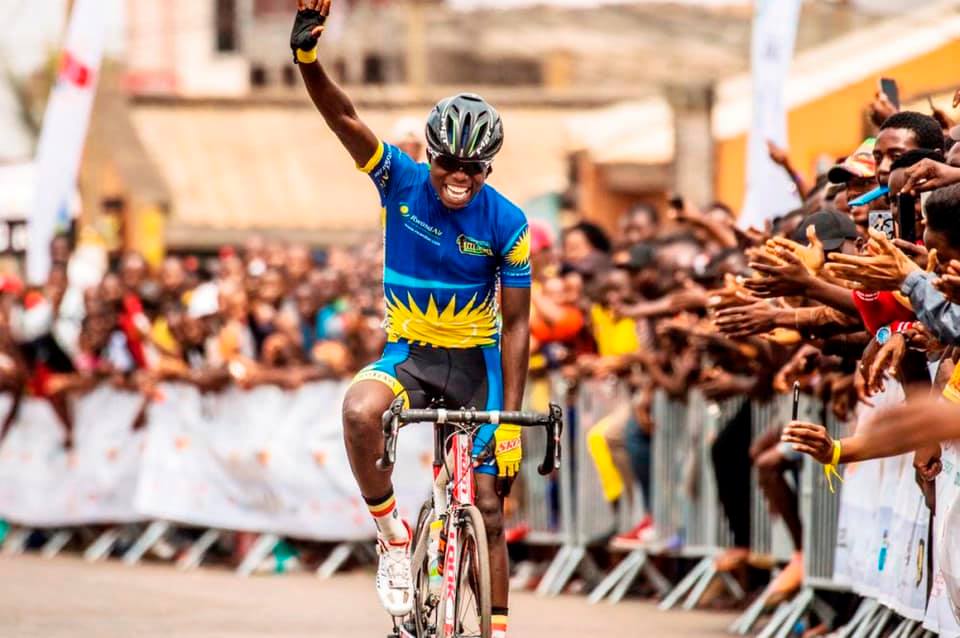 Moise Mugisha was the highlight of the day for Team Rwanda as he continued his remarkable 2019 season to win the gold medal in the Under-23’s Individual Time Trial (ITT) at the 14th African Continental Road Championships in Bahir Dar, Ethiopia on Sunday. 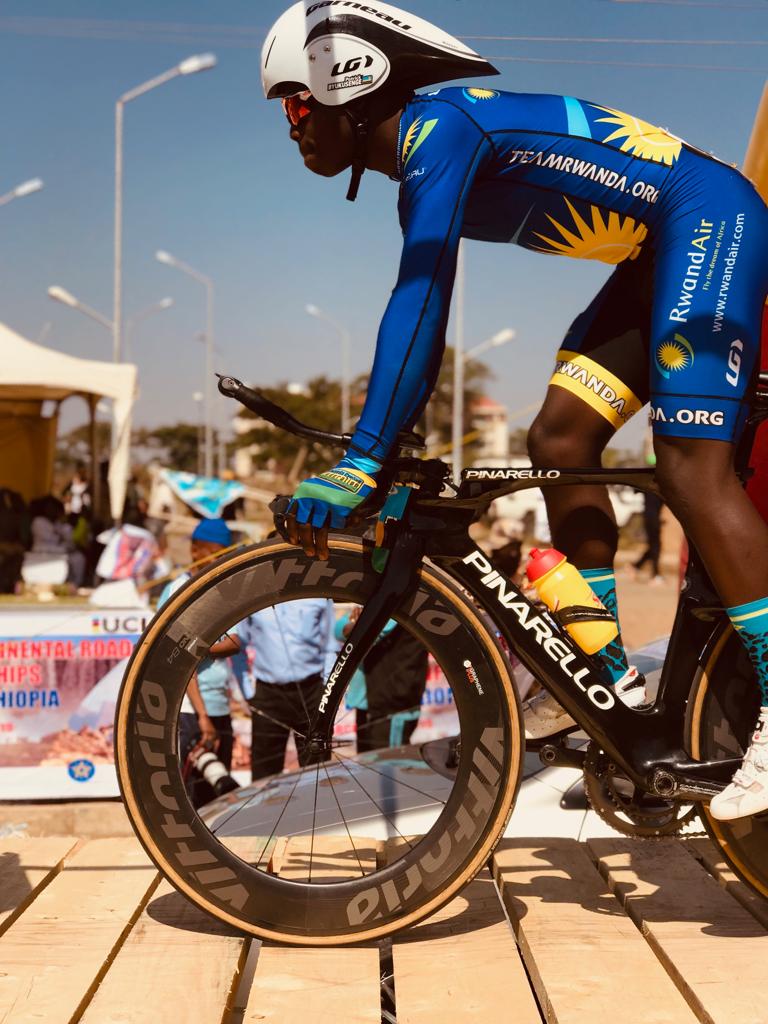 Despite finishing eighth overall, which also included elite riders, Mugisha dominated the U23 category of the race against the clock, beating first runner-up Ebrahim Redwan Salih (Ethiopia) by a minute and 19 seconds, and bronze medalist Islam Mansouri by 3:08.

The Fly Cycling Club rider rose to stardom last October when he claimed Karongi Challenge, one of the twelve races that comprised the 2018 Rwanda Cycling Cup. It was the rider’s first victory as a senior rider in the year-round championship.

Last month, he was the final stage winner at the second Tour de l’Espoir in Cameroun before impressing at this year’s Tour du Rwanda earlier this month where he was awarded as the most combative rider while making his maiden appearance in the annual UCI Africa Tour race.

However, he was not the only medal winner for Team Rwanda. Jacqueline Tuyishime scooped bronze in the women’s ITT Under-23 category behind Selam Amaha Gerefiel (Ethiopia) who took gold and Kidane Tekeste Desiet (Eritrea) who finished second.

With the two medals, the tally for Rwanda jumped to five medals; one gold, one silver and three bronze medals. 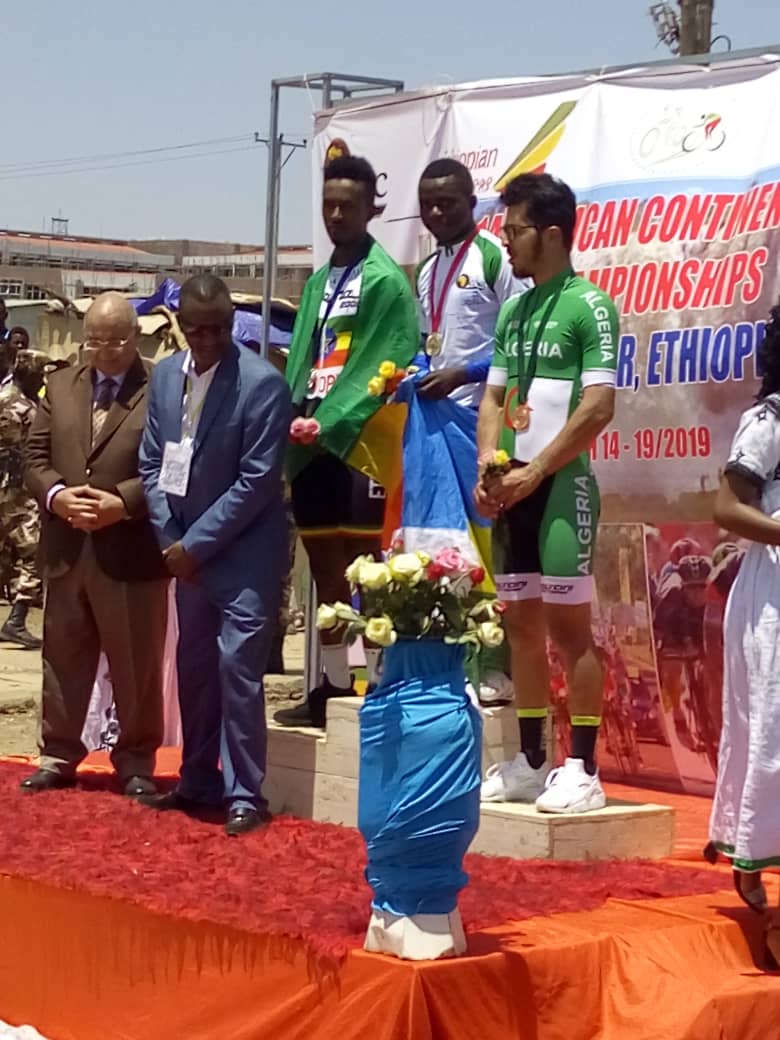 In the meantime, the medal chase for Team Rwanda continues on Monday as the continent’s biggest cycling event will see the riders tussling it out in three road race categories; the women’s elite & U23 category, the junior category and the men’s junior road race.

Nathan Byukusenge’s riders will be hoping to do better than last year where no Rwandan rider managed a podium finish as the three races, were dominated by Eritrea and Ethiopia.

The elite men’s road race – the competition’s main event – will bring the curtain down on this year’s championships on Tuesday.

Sunday’s gold was Mugisha’s second medal at the African championships in Ethiopia after helping Team Rwanda to winning silver in Team Time Trial (TTT) on Friday. 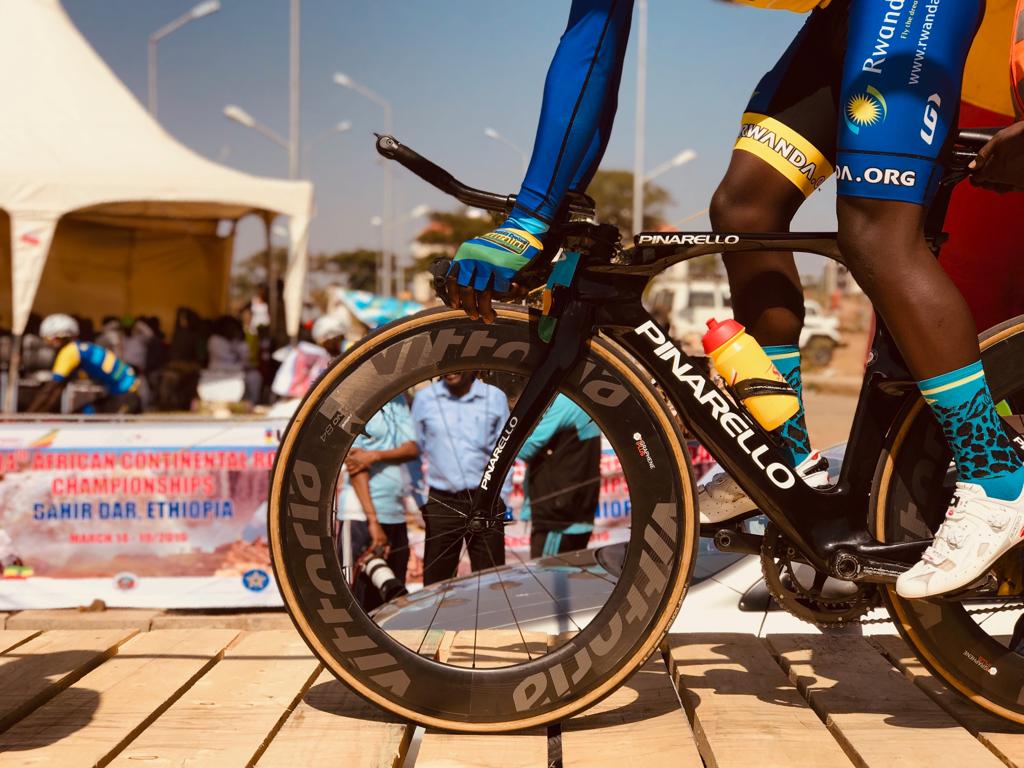 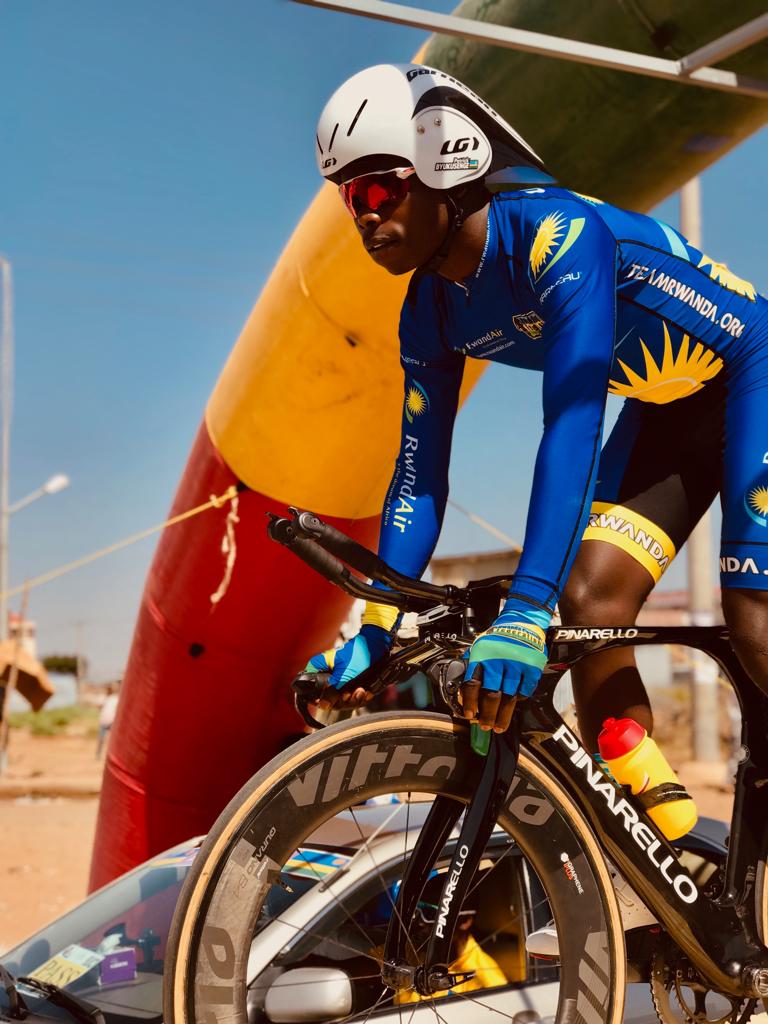