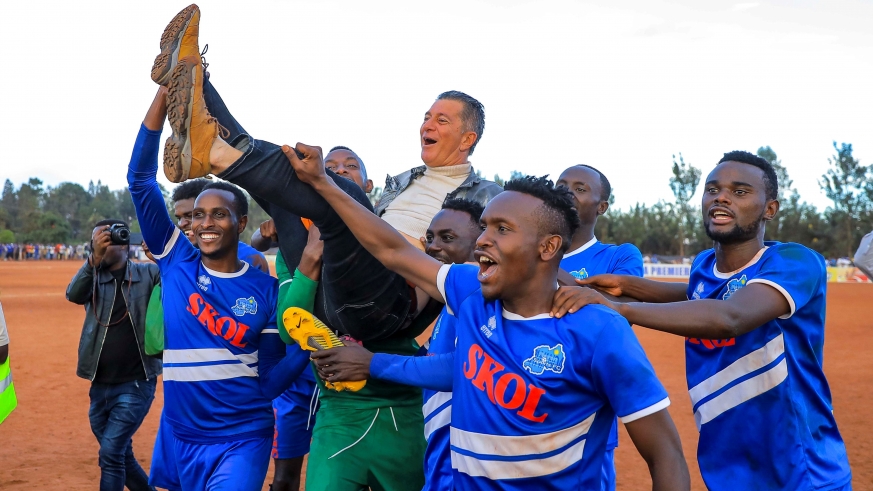 The league’s leading scorers Jules Ulimwengu and Michael Sarpong combined to demolish relegation strugglers Kirehe with two goals each – a goal apiece in each half – to send the crowds at a sold-out Nyakarambi Stadium into wild celebrations.

Youngster Ulimwengu opened the scoring after 25 minutes before Sarpong scored from the spot to double the visitors’ lead in the 40th minute. 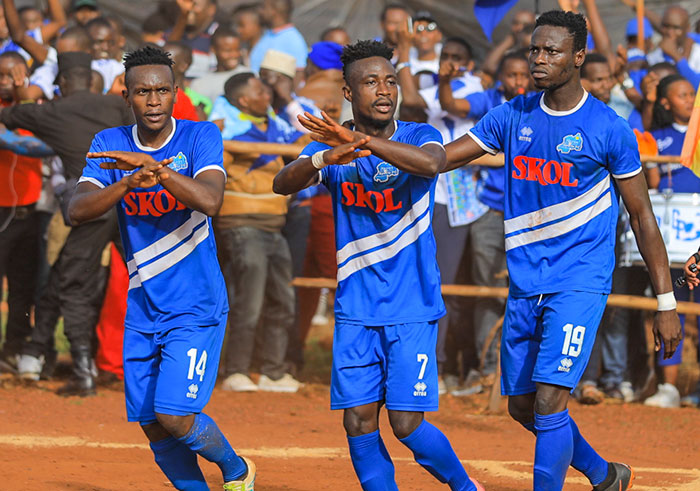 Ulimwengu, 19, netted his second on the night, and his 19th goal of the season, in the 74th minute from a classy Thierry Manzi’s assist, and the rout would be completed by a stoppage time strike from Sarpong after rounding off two Kirehe defenders before slotting home against helpless goalkeeper Theophile Musoni. 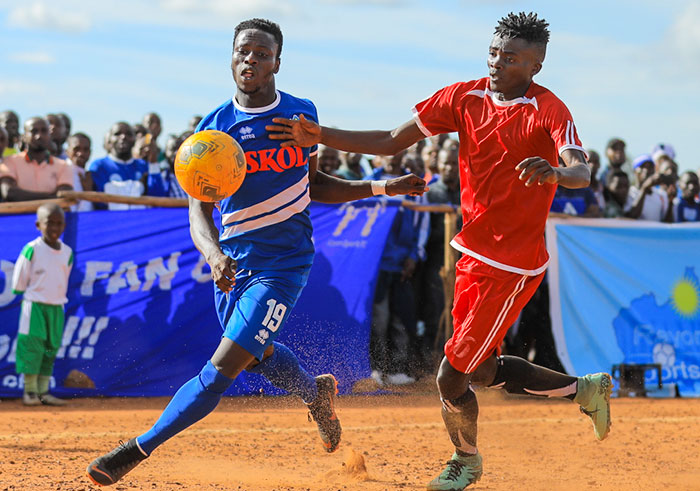 The double moved the Ghanaian striker’s goal tally to 16 this term.

With one game left, against Marines on June 1, Rayon hold a seven-point lead over second-placed APR who host Espoir at Kigali Stadium on Saturday.

Roberto Oliviera’s side who trailed APR by seven points before the two local giants faced off on April 20, will represent the country in the CAF Champions League next season. 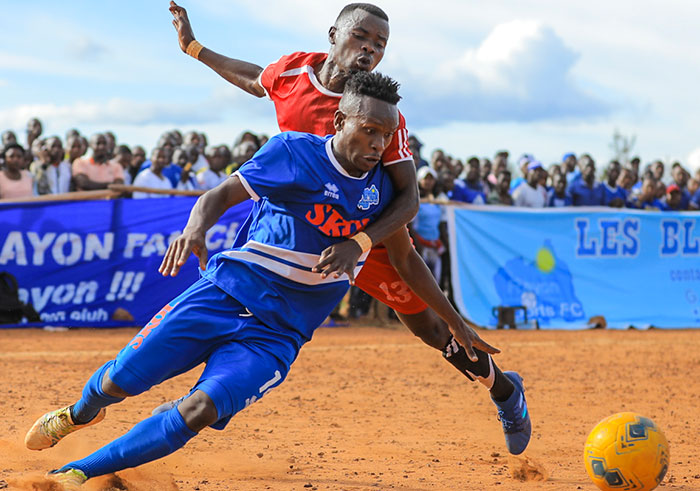 The stunning recovery from a slow start to their 2018-19 campaign defied all the odds after losing nine key players to overseas teams in ten months. From the current squad, only skipper Manzi was a regular during the triumphant 2016/2017 season.

Despite playing without star midfielder Olivier ‘Sefu’ Niyonzima, Rayon dominated the game from the off and could have scored at least twice in the opening ten minutes, but goalie Musoni thwarted clear-cut chances from Sarpong, Djabel Manishimwe and Ulimwengu. 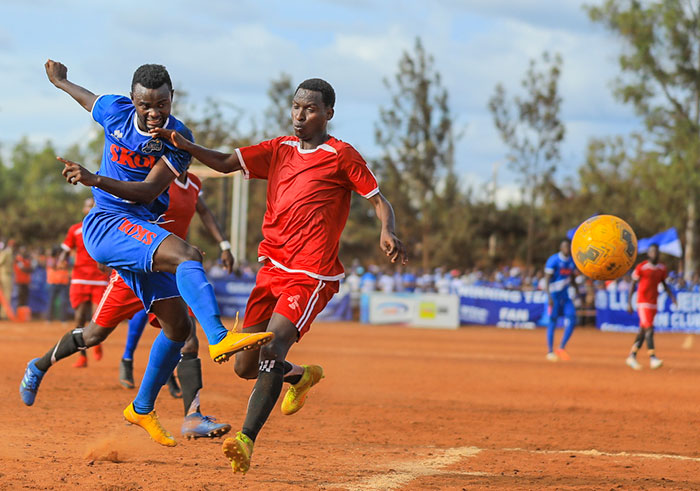 But despite a patchy start, Burundian import Ulimwengu boosted his chase for the golden boot with two goals to remain three ahead of teammate Sarpong, and five better than APR forward Muhadjiri Hakizimana.

Kirehe had minimal chances to score as skipper Isaie ‘Dogo’ Mutabazi and Abdallah Masudi tested Andre Mazimpaka three times in the dying minutes but the Rayon shot-stopper was steady to ensure a fifth clean sheet in his last eight games.

When the final whistle sounded, tactician Oliveira ‘Robertinho’ Goncalves and his staff joined the players on the pitch. It was official. The Brazilian had secured his historical first domestic league title on the back of a season-best 18-game unbeaten run.

“This is a historic night,” he said.

“At some point we were written off in the title race, but we kept fighting. This is proof that – in football – nothing is impossible.”

Later after match Skol brewery as main sponsor, celebrated with Rayon sports fans around the country 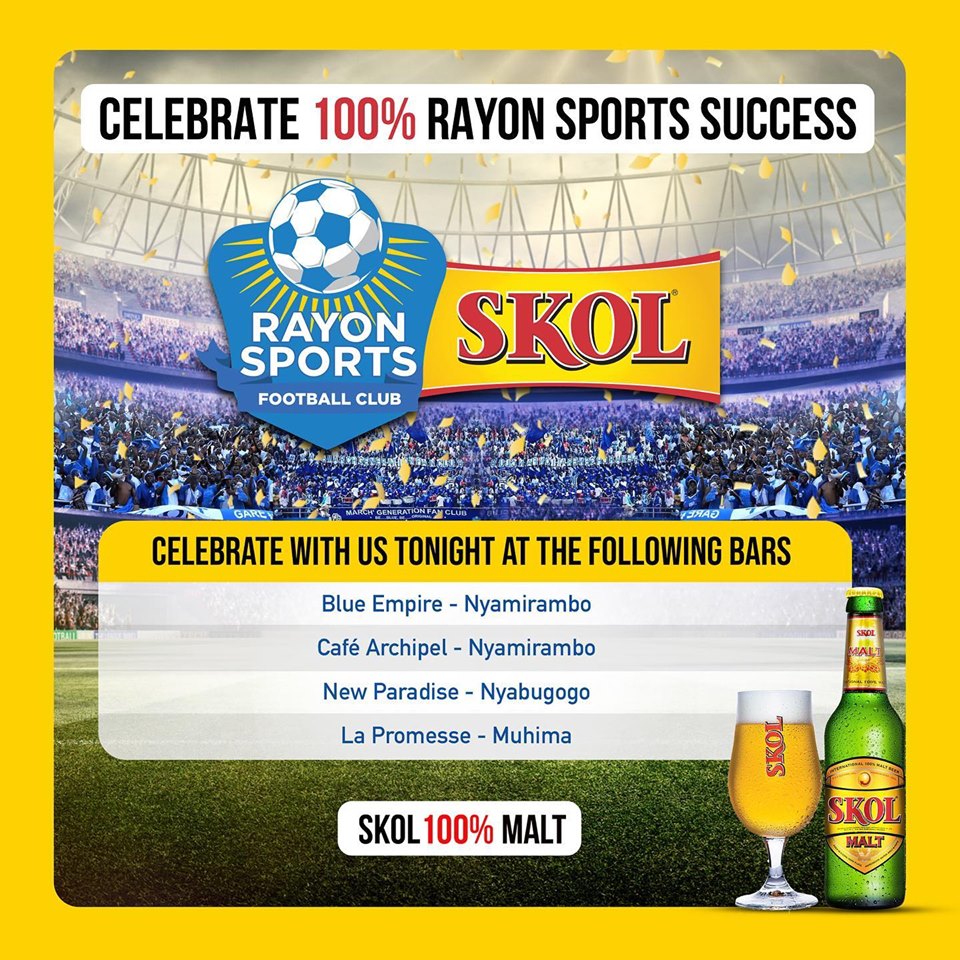