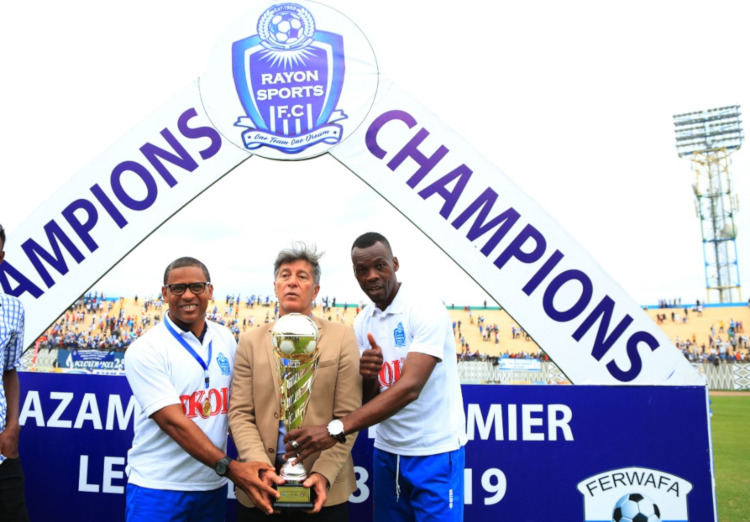 RAYON Sports were on Saturday crowned as the 2018/2019 champions after capping their campaign with a thumping 3-0 victory over Marines at Amahoro Stadium.

Despite the Blues lifting the title with seven points ahead of first runners-up APR, the just concluded league season has had one of the most historic title races.

For a team that was once 13 points behind APR, Rayon did not only defy the odds en route to their ninth league title, but they also scored the most goals and conceded the least goals.

The golden boot winner Jules Ulimwengu (20 goals) and Michael Sarpong (16 goals) finished top and second on the top-scorers’ chart, making it the first time that two strikers of the same team combined for more than 30 goals in a single league season.

However, nine of Ulimwengu’s goals came while he still played for Sunrise in the league’s first-half before his controversial move to Rayon Sports in January.

On Saturday, Djabel Manishimwe opened the scoring after 18 minutes, followed by Ulimwengu’s goal eight minutes later before Gilbert Mugisha completed the rout with a cool finish after outpacing Marines defenders and rounding off goalkeeper Hertier Ahishakiye in the 35th minute.

On top of the trophy, the newly crowned champions were also pocketed a sum of Rwf25million in cash prize, and they will represent the country in the 2019/2020 CAF Champions League.

Kirehe were relegated on the last day after losing 3-2 to Bugesera, and will feature in the second division league next season alongside Amagaju who confirmed their relegation earlier last month.

In the meantime, the 2019 Peace Cup tournament starts on Tuesday. Holders Mukura will start their title defence against second tier side Unity FC at Huye Stadium. 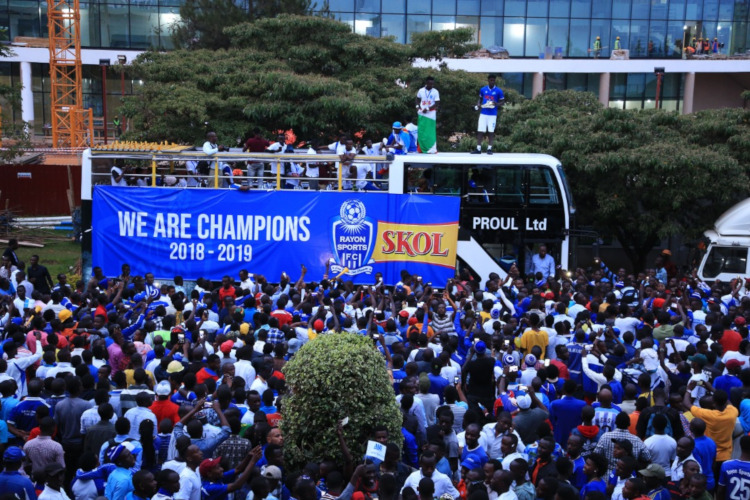 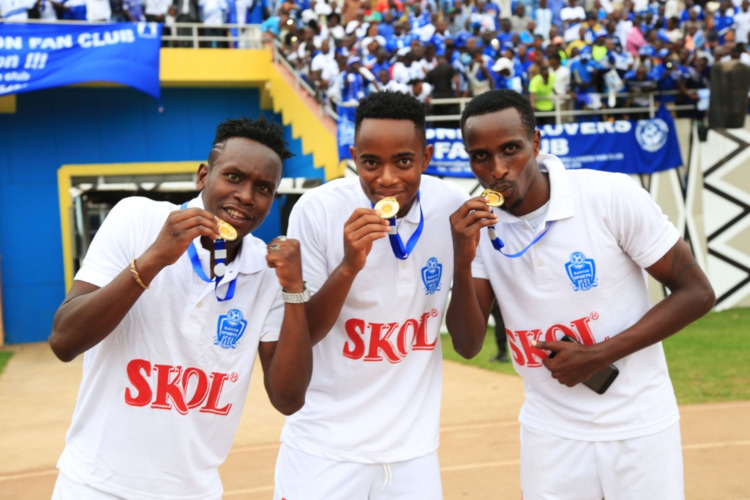