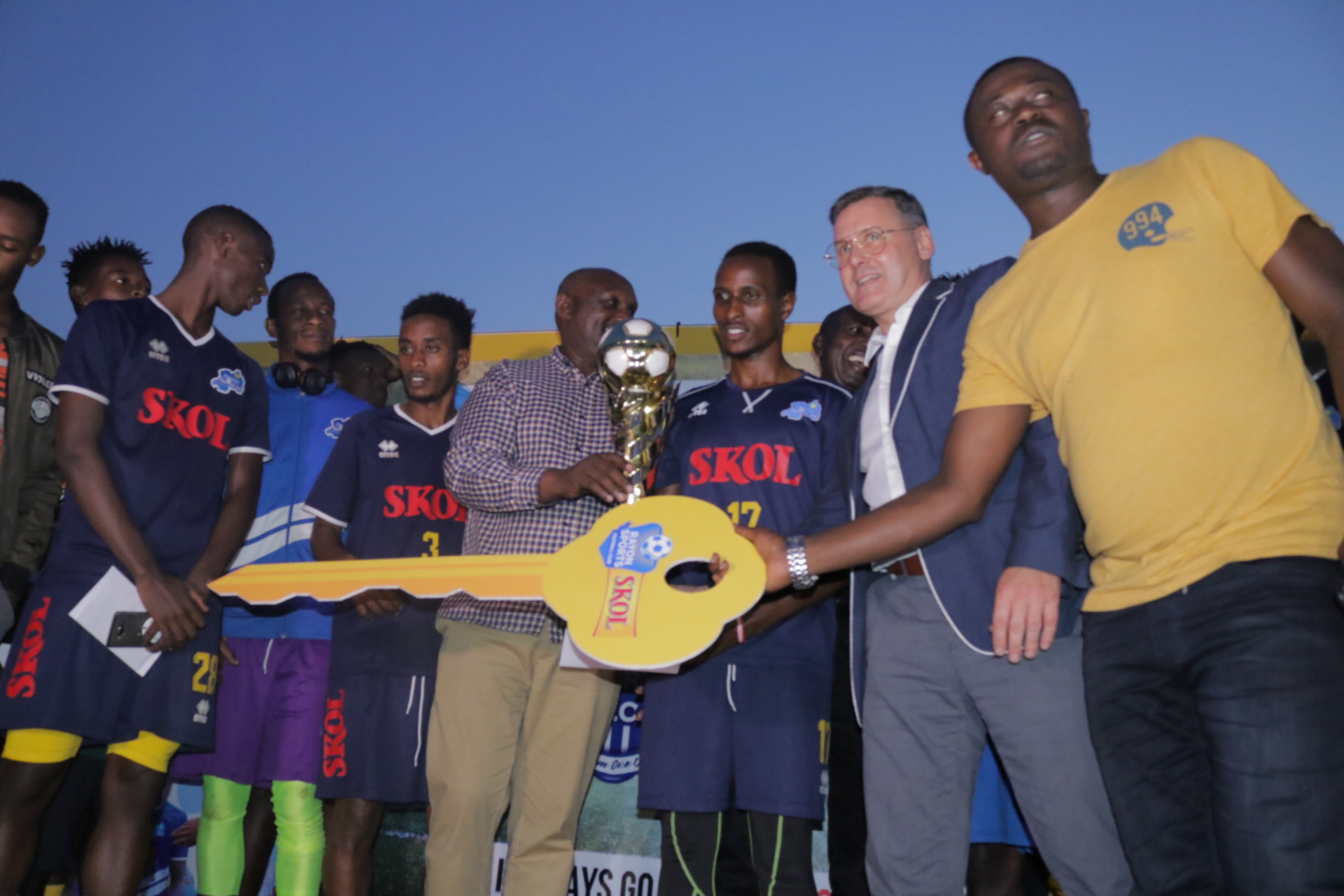 The new infrastructure is part of a long-term plan to build a fully equipped sports facility next to Rayon Sports’ professional football pitch.

Rayon Sports’ main sponsors, Skol Brewery Ltd, on Friday handed over to the team officials new dormitories as the club celebrated its title following their crowning as the Azam Rwanda Premier League champions earlier this month.

The dormitory will be used to accommodate the club’s players and coaching staff during the training sessions.

The new infrastructure is part of a long-term plan to build a fully equipped sports facility next to the club’s professional football pitch. 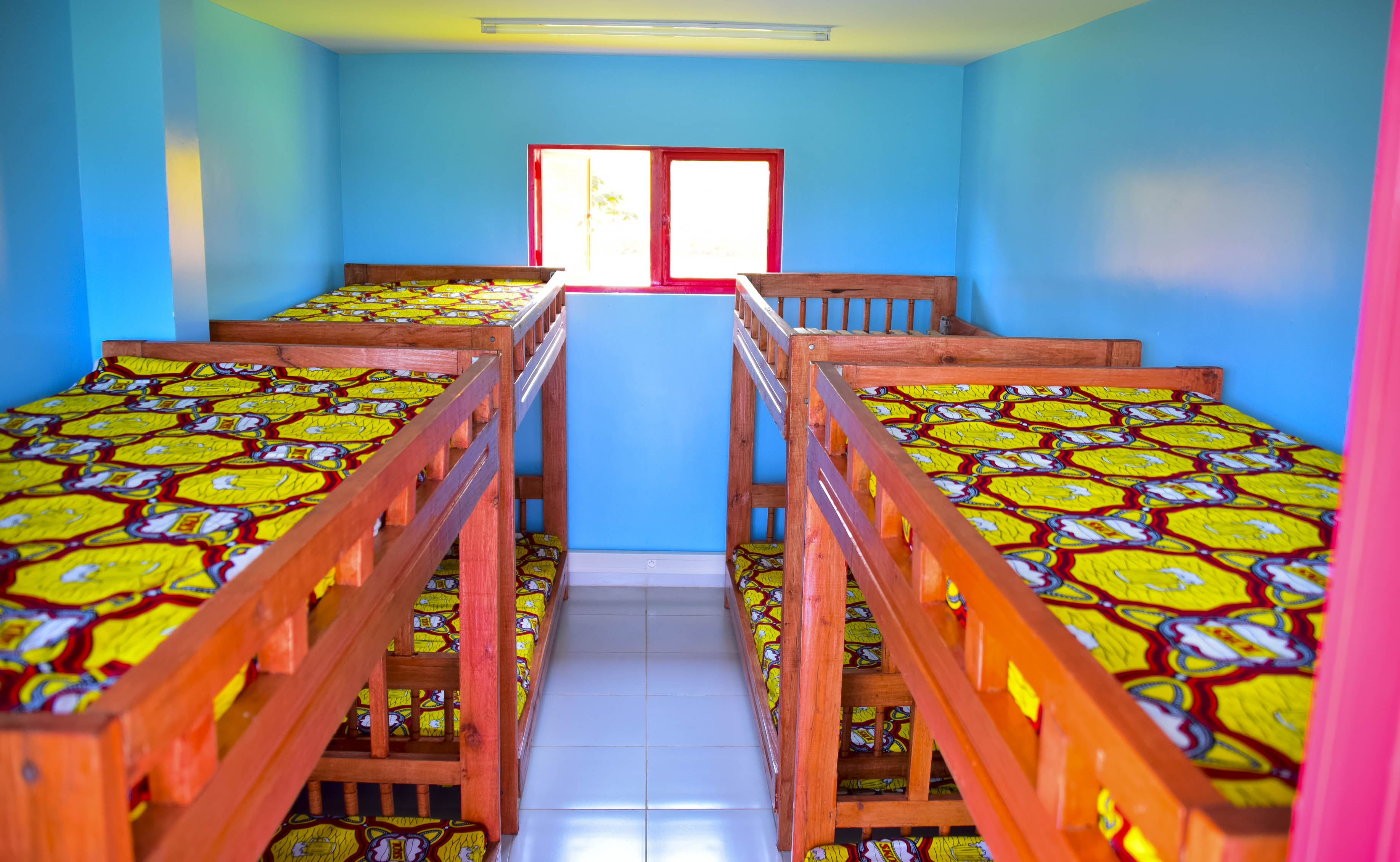 The dormitory consists of six bedrooms, containing 18 bunk beds for the players and one queen size bed for the coach to rest after training or before traveling to matches, with a large meeting room also part of the installation to be used for tactical meetings before matches.

Speaking during the title celebrations gala held at the headquarters of Skol Brewery at Nzove in Nyarugenge District, Ivan Wulffaert, the brewery’s general manager said they are committed to help Rayon Sports develop in all aspects until it is ready to challenge for titles at a continental level. He believes good infrastructure will help the team improve the players’ physical condition. 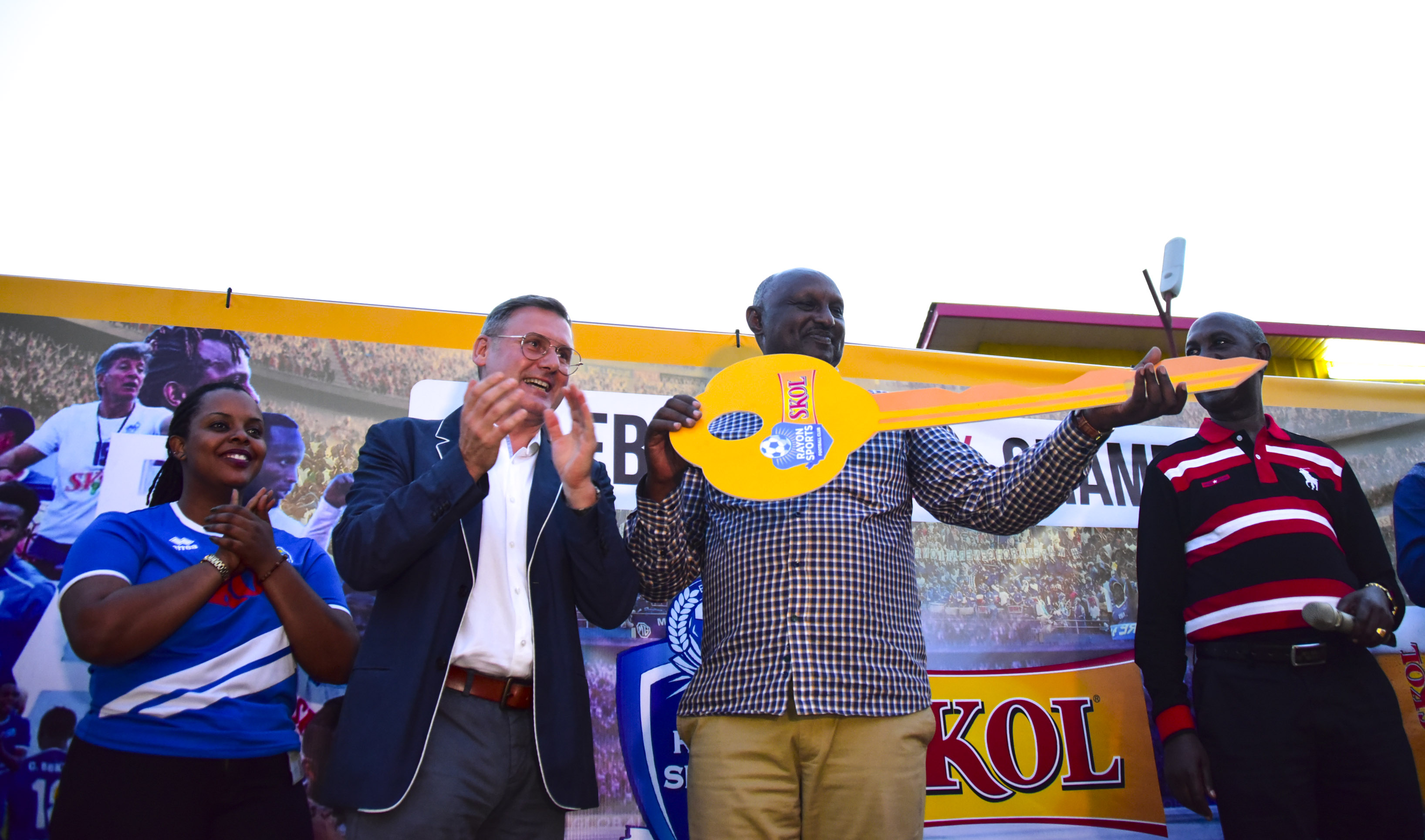 “We have made special efforts this year to build a training centre and it was only the beginning of what we want to do. With the new dormitory, the team will be able to train in the morning, have lunch together and then have a few hours’ rest. In the afternoon, they can resume training and, with this, they should be in a better physical condition and they should be able to win the African Cup,” he said. 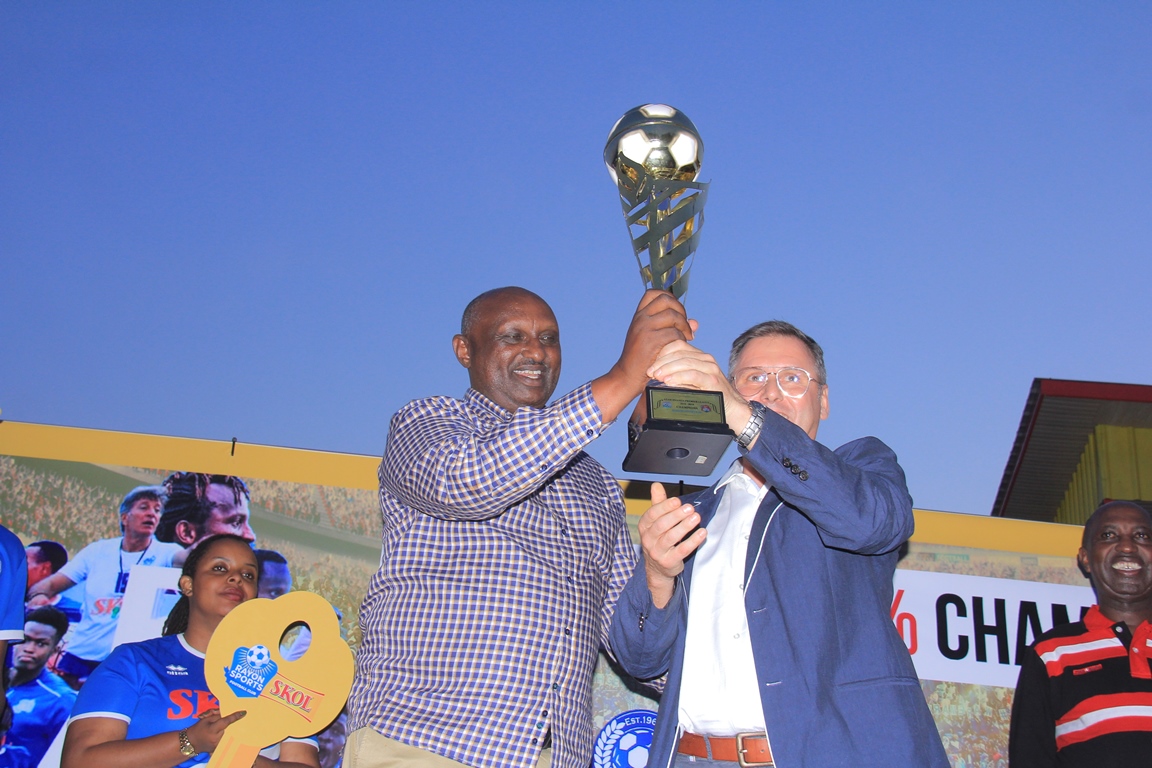 He added that the company is ready to maintain its momentum to sponsor the team to gain stability and be able to attract the best players and even produce players who can attract attention from bigger clubs from across the world.

“As club sponsors, we would love that Rayon Sport become a sustainable team that can generate enough money to pay the players very well, attract very high level and experienced coaches and produce players with technical qualities that can attract bigger clubs at the international level, like Arsenal with which we also have partnership,” he added.

The new dormitory comprises bed rooms, a massage room, bathrooms, ice board and a meeting room where the club can discuss tactics.

Club President Paul Muvunyi paid tribute to Skol Brewery’s continued support to the team’s progress and everyone who supported Rayon Sports title winning campaign. He is confident that the club is on the right path to win more accolades, which will boost its ability to attract more sponsorships. 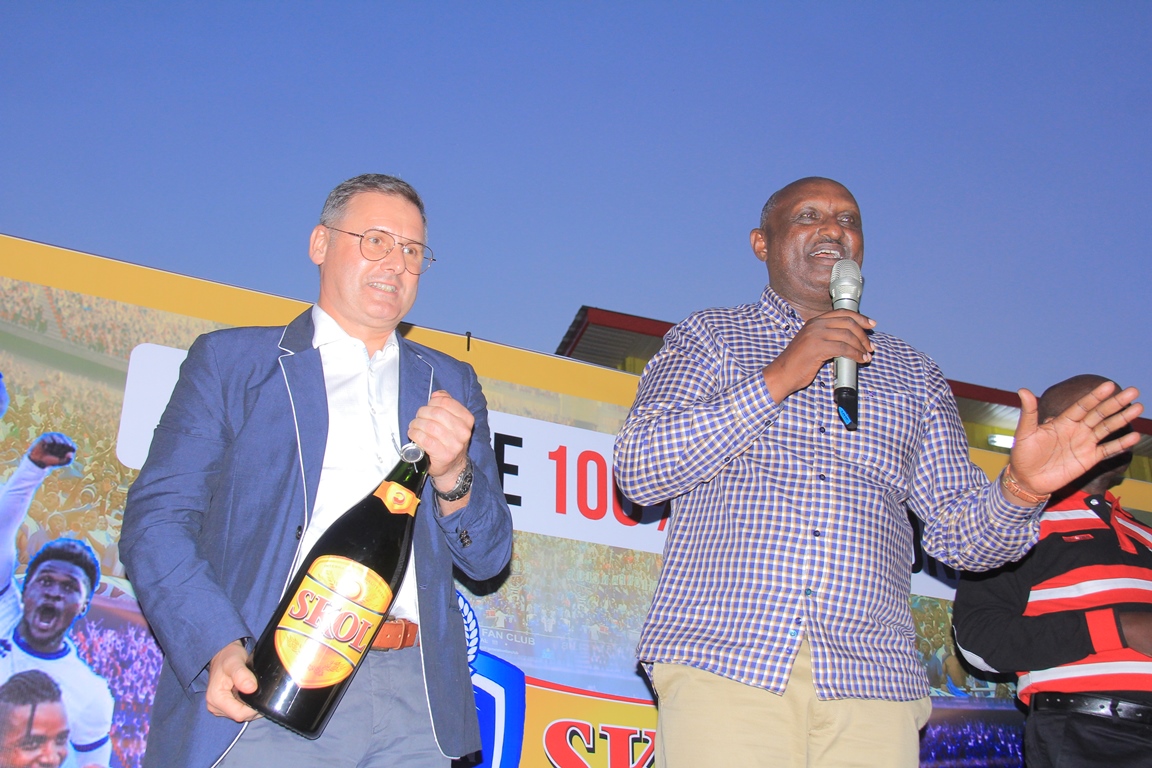 “The sponsor [SKOL Brewery LDT] has been so supportive to our club’s title winning campaign and that is why we are here celebrating. My special thanks goes to our fans who have been behind the team through this tricky journey,” Muvunyi said. 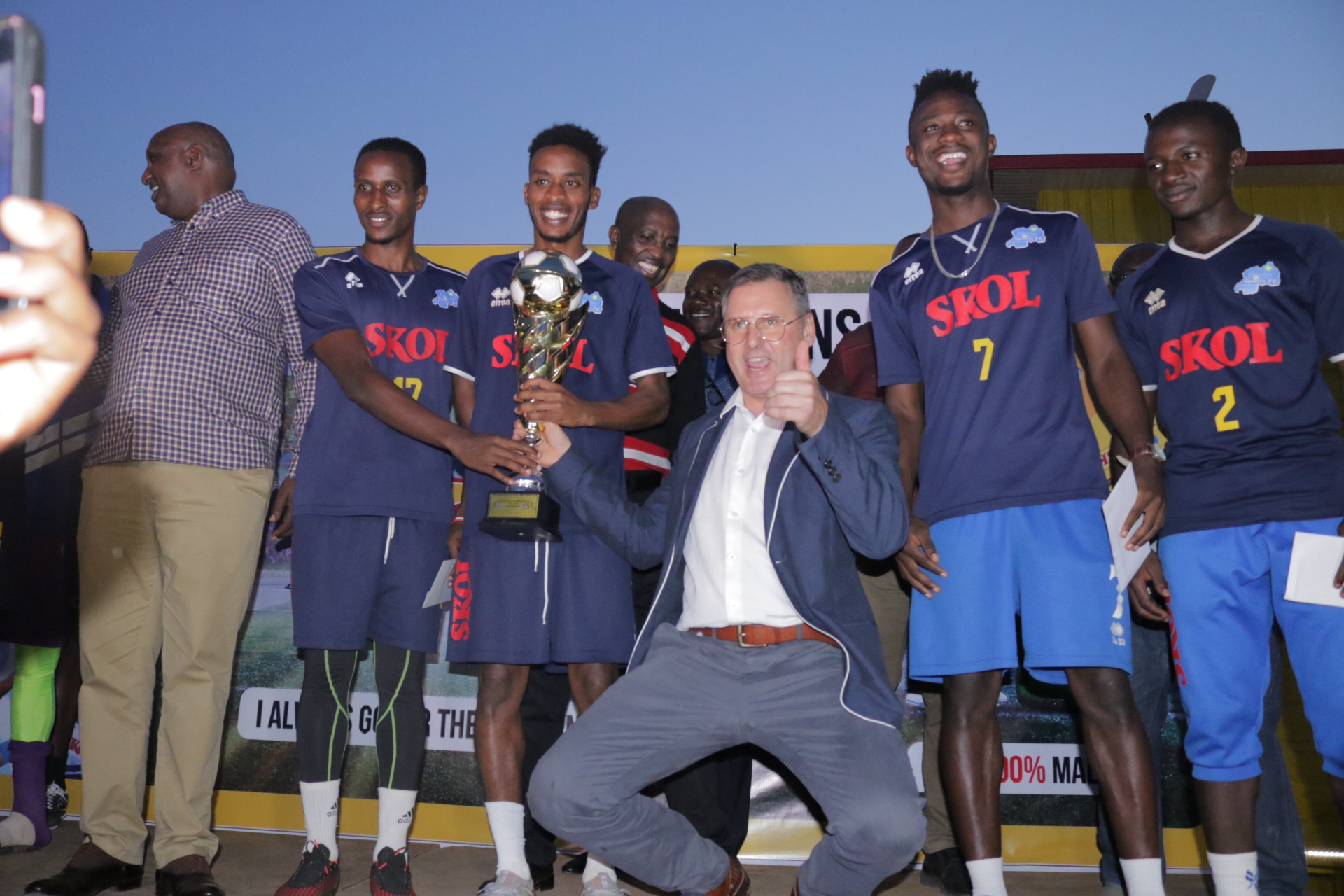 “The players now have a facility where they can gather together and attend training sessions in the same mood.

“They used to come to training sessions from different directions but now, with the dormitory, they will be spending a day together training session in the same mood and that will hopefully keep them in the same spirit and prepare their matches in a conducive environment and earn much better results.”

During the title celebrations, club top scorer Jules Ulimwengu was given the player of the month award for May, having helped his team to its ninth league title. 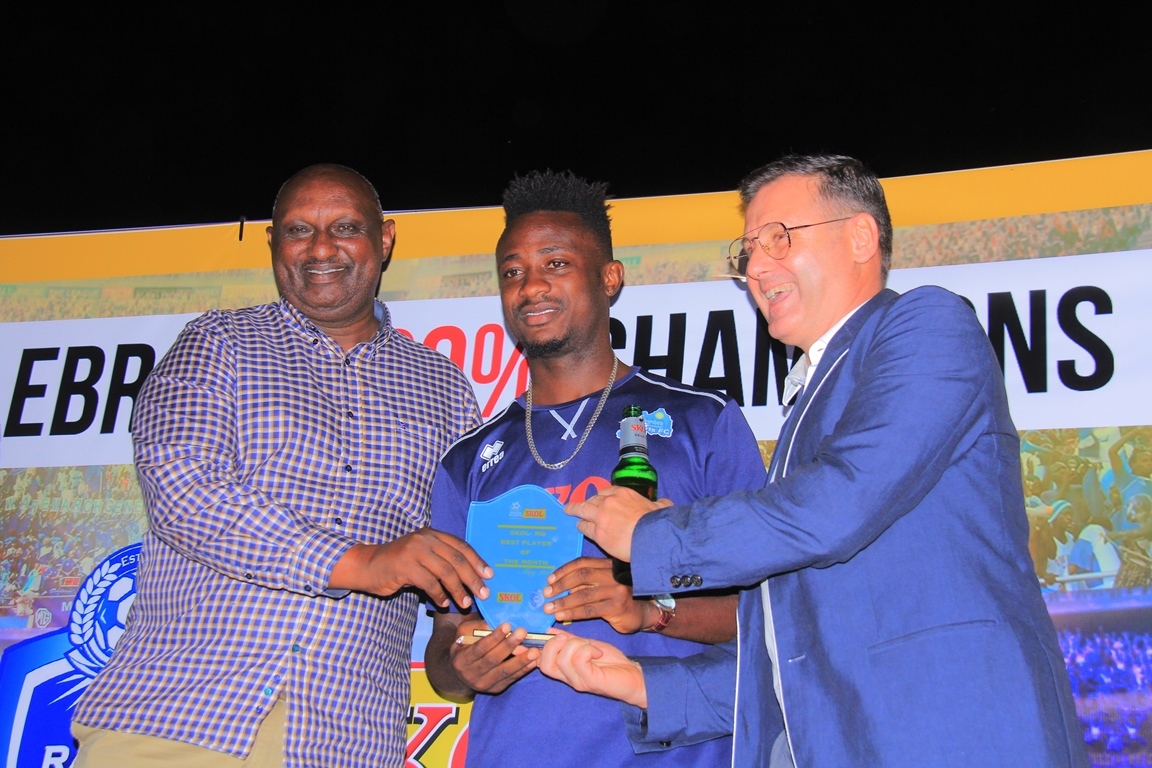 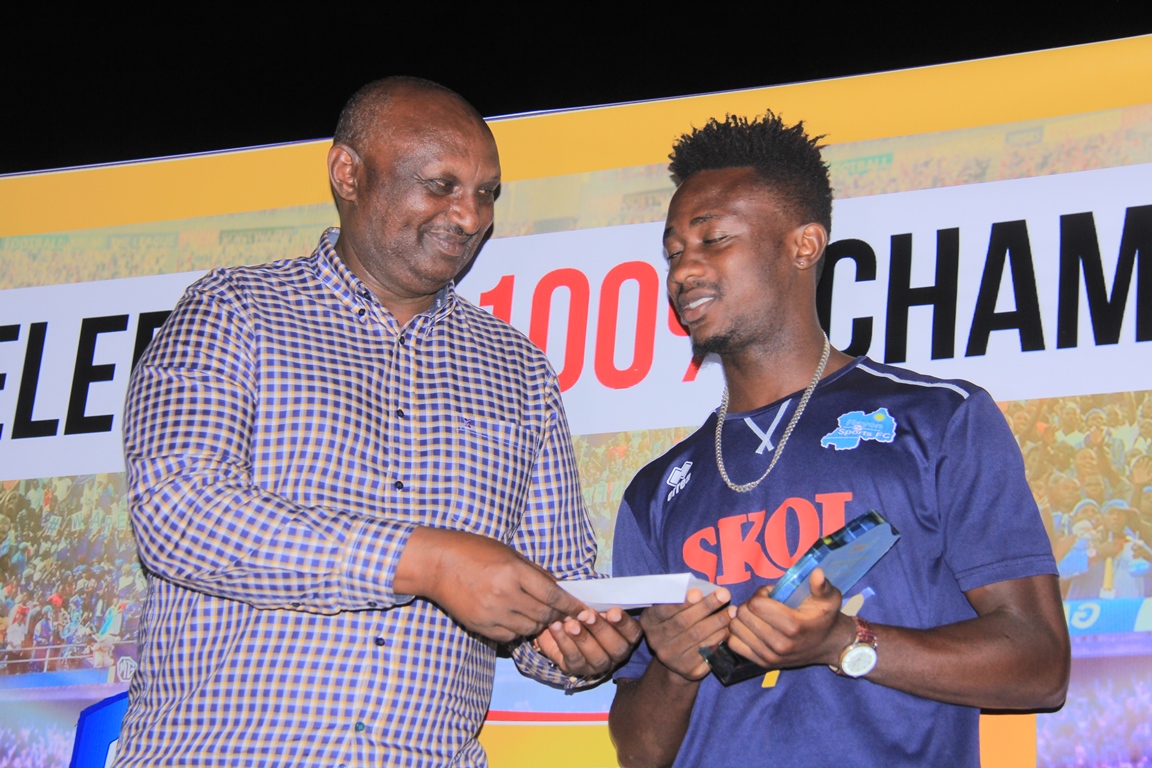 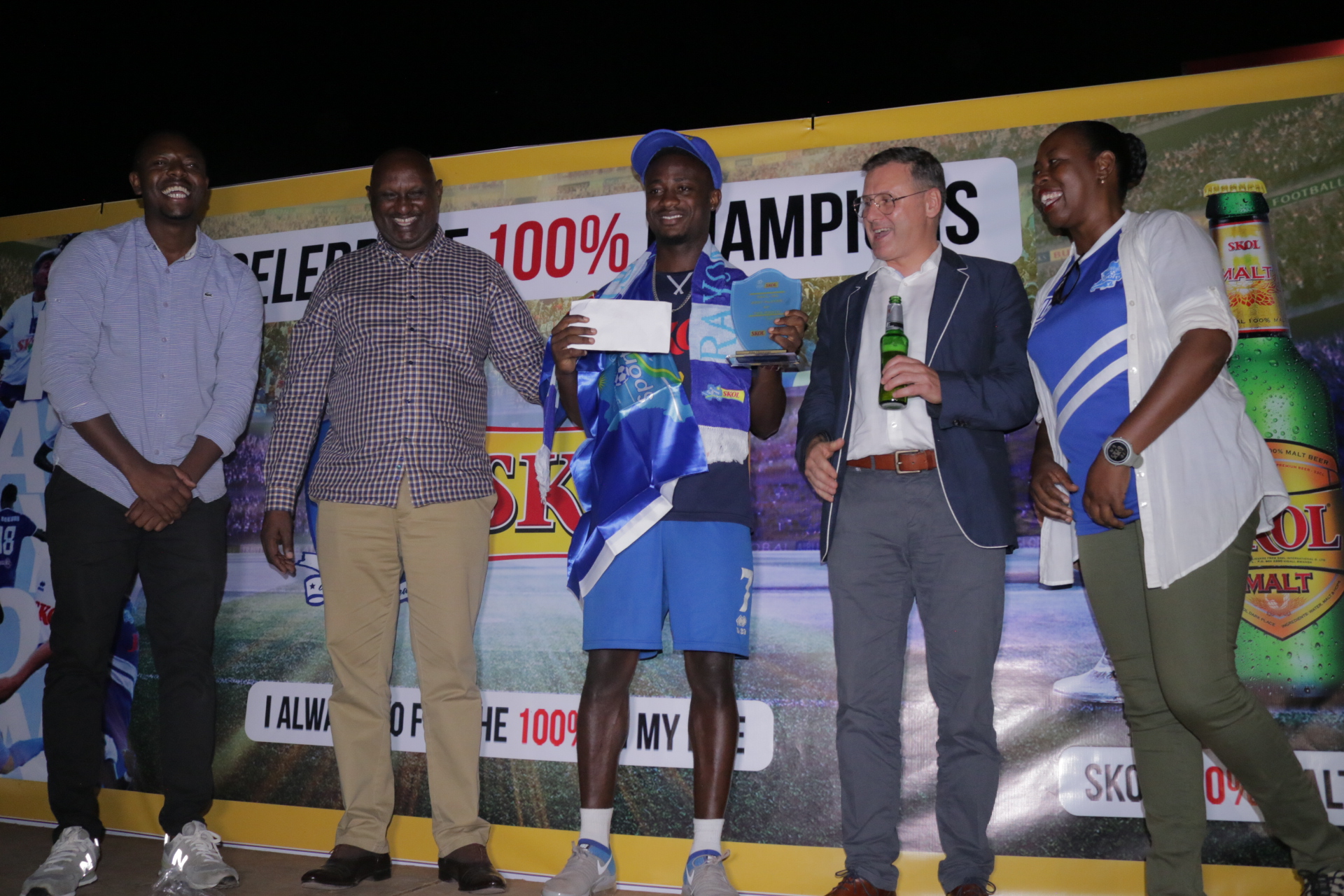 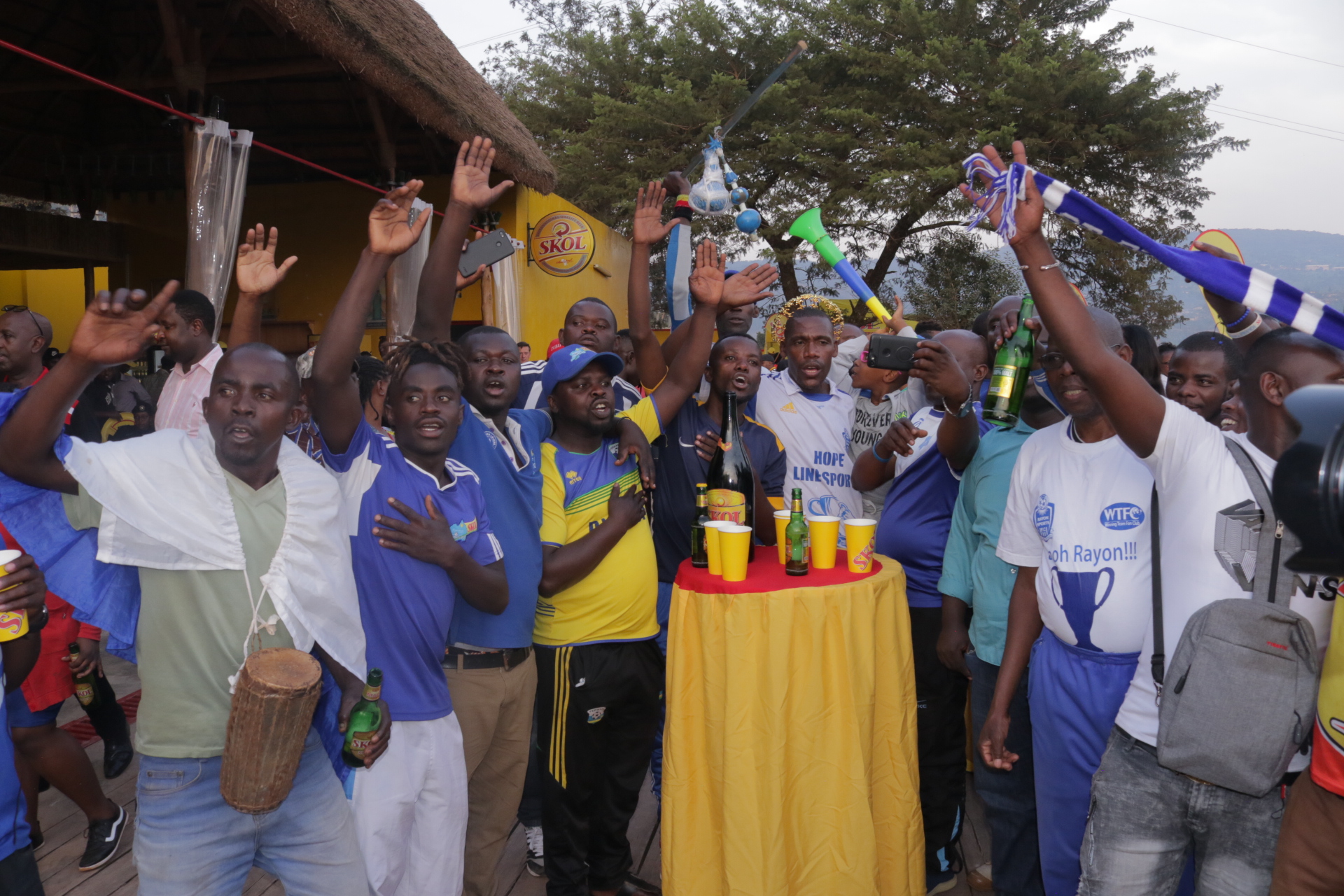 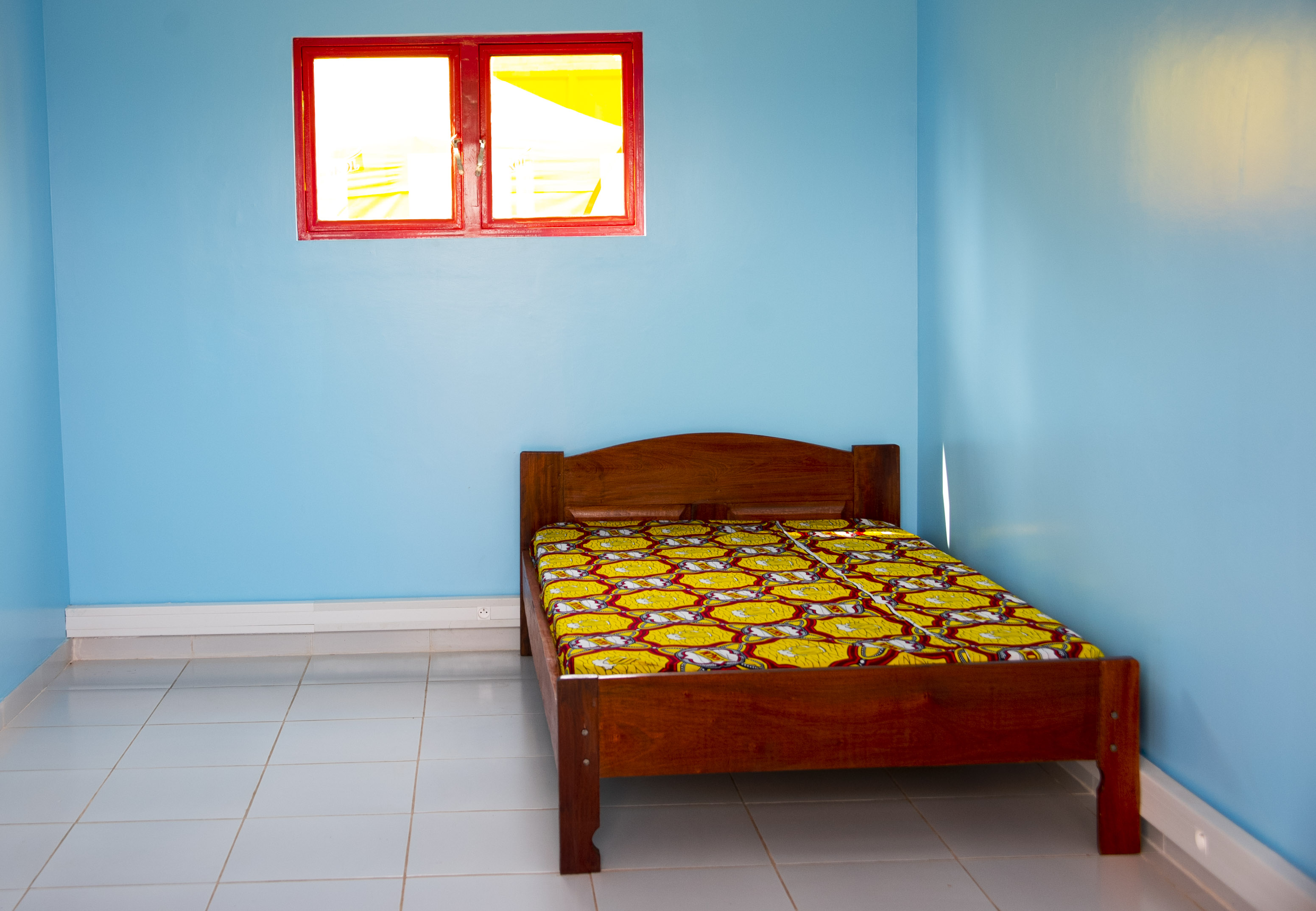 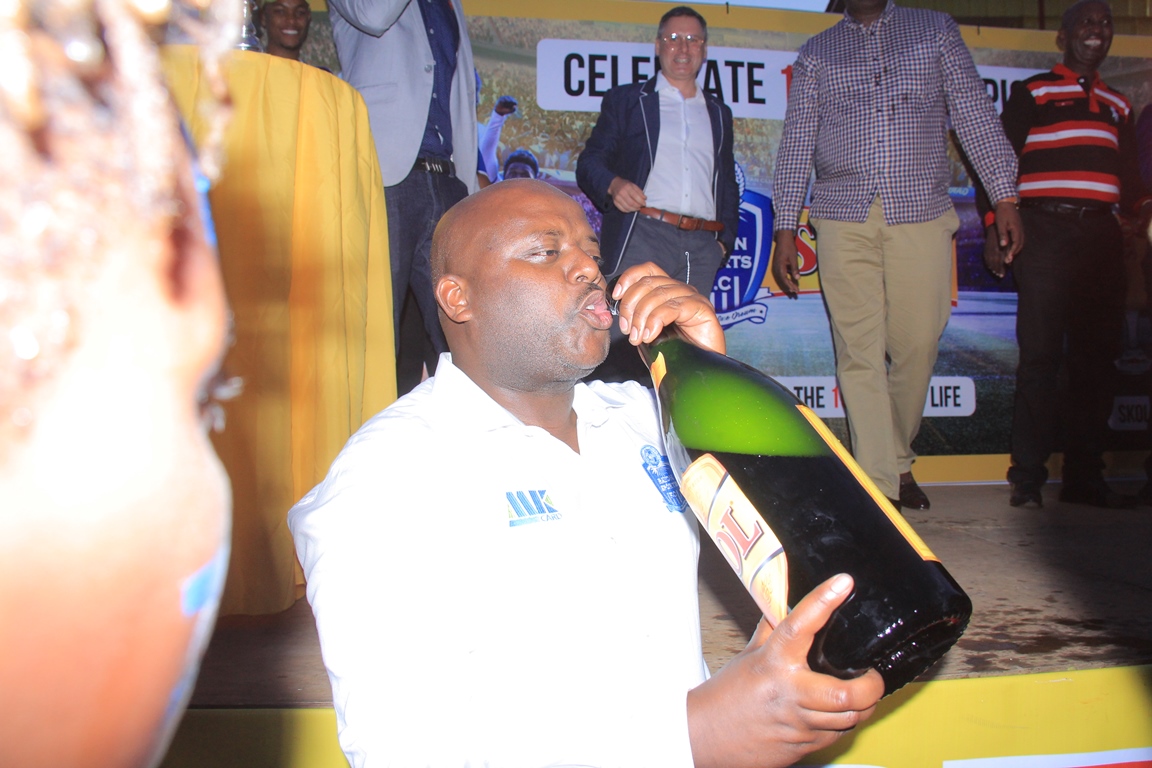