Today, August 16th, at Plus 250 Bar in Kicukiro- Kigali and after weeks of anticipation, Skol Brewery Ltd introduced the new look and an exciting new campaign for Skol Lager. 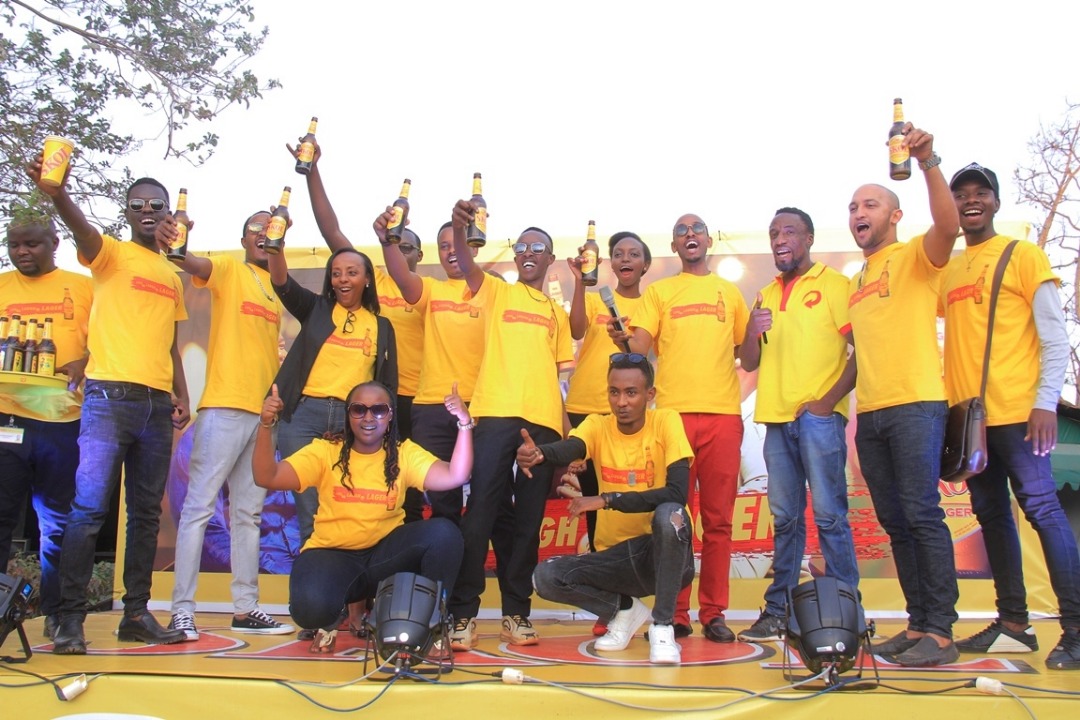 “#Live-Laugh-Lager”, the new Skol lager campaign has been created to reflect the easy to drink and refreshing nature of the full strength beer. To bring the campaign to life for Larger drinkers and the wider beer community, Skol Lager have partnered with the well-known Kigali based ‘comedy knights”. The campaign will bring comedy directly to beer drinkers to regularly allow them take life a bit easy, not too seriously, when they relax with a Skol lager and have a great laugh with their friends. 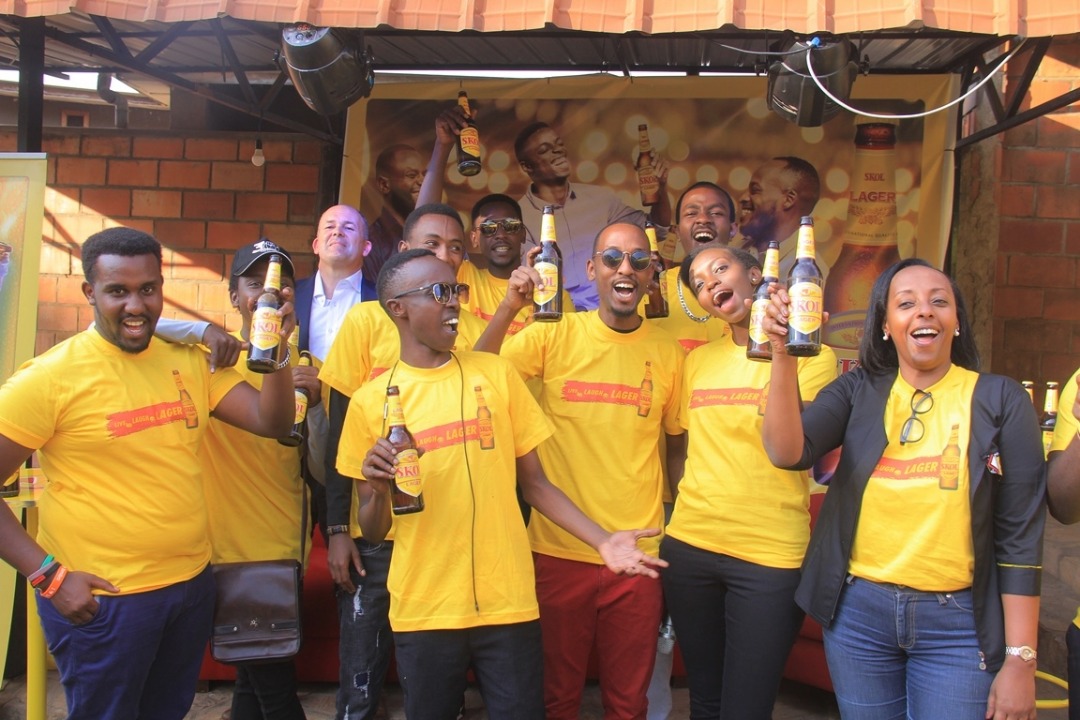 “#Live-Laugh-Lager” will use three main routes to bring a lighter look at life through comedy to local beer drinkers. Firstly, there will be a series of jokes created by local Rwandan talent on the Skol lager packs. We will run a competition on social media, radio and in bar, to get Rwandans to share their best jokes with us and the best jokes received will be put on the packs for all to enjoy. Secondly, we will have regular live comedy sessions on radio where jokes will be shared, issues discussed and information shared on upcoming comedy nights in bars and clubs. Skol lager will support the growth of the emerging comedy circuit in Rwanda. Thirdly, Skol lager and the Comedy Knights team will host a series of live “stand up” comedy nights in a number of bars in Kigali to showcase local talent and to offer beer drinkers at the venues the opportunity to share their best joke during an open mike session. Dates and times will be shared on the live radio sessions and posted on the Skol Lager Facebook Page (SkolLagerRwanda) & Instagram Page (Skol_lager). 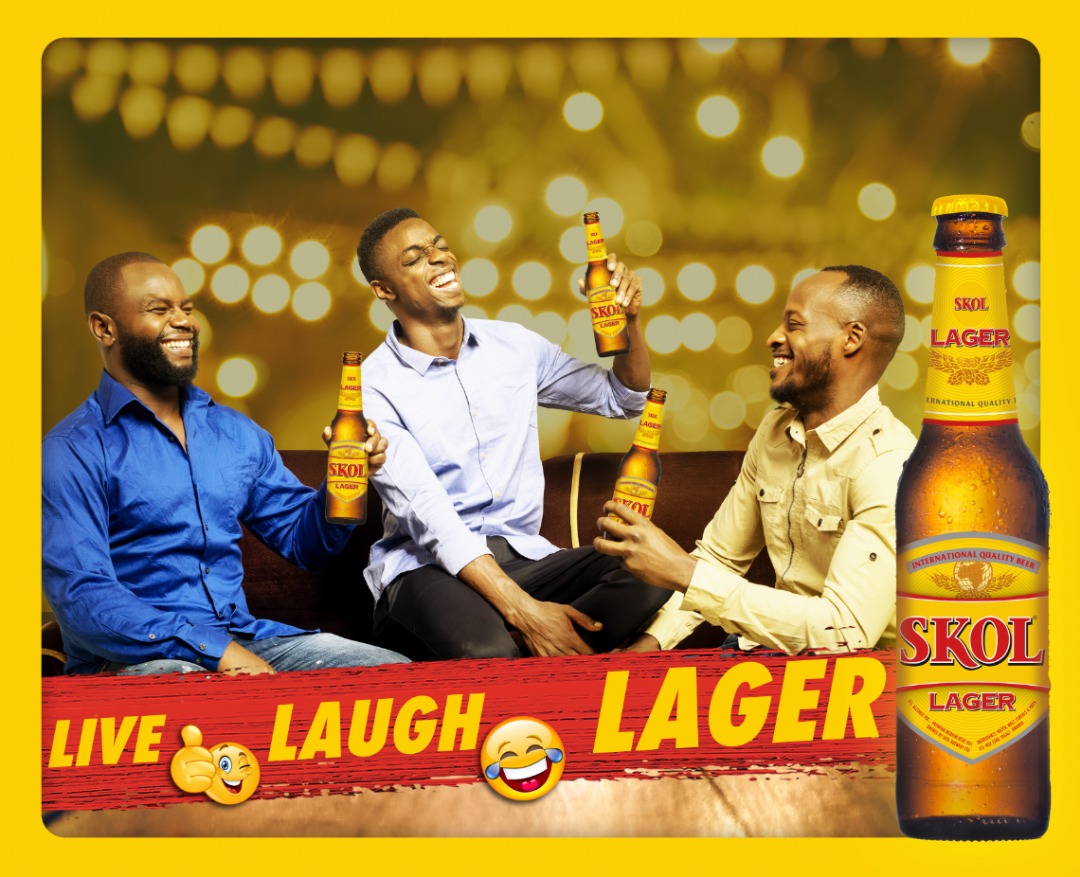 The live comedy nights will include, a Skol lager #LiveLaughLager Comedy Festival with a known International Comedic talent supported by local Rwandan talent (details to follow). 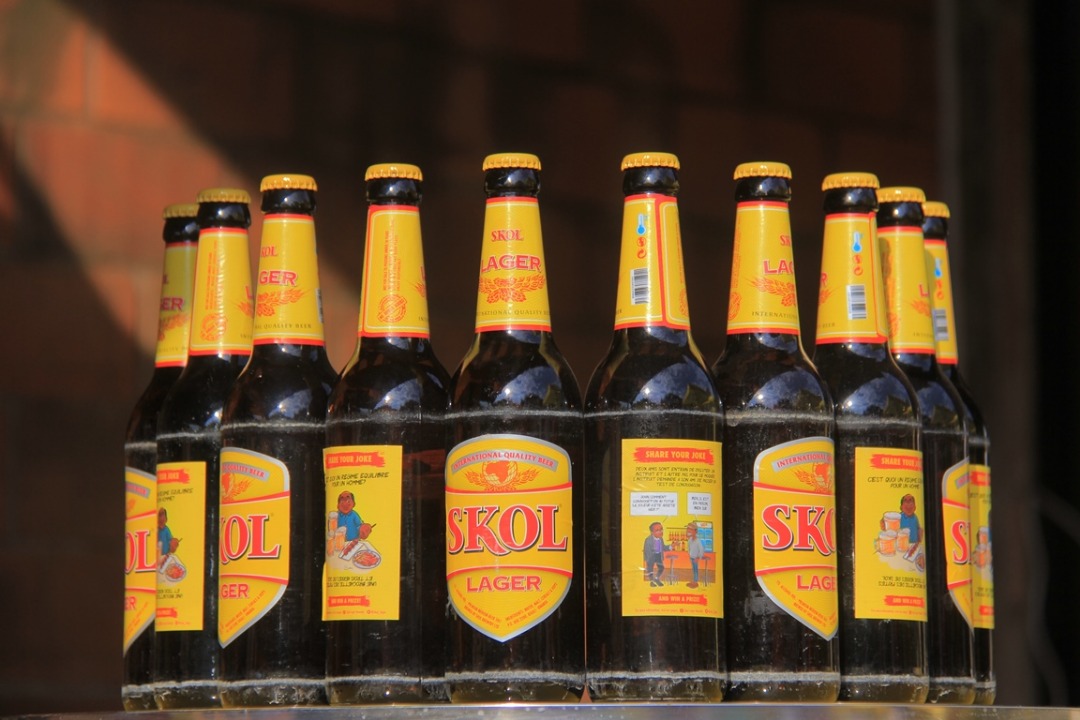 “We’re very excited about partnering Skol lager with the comedy Knights team and with the opportunity to help grow the comedy scene in Rwanda. We want to make people laugh and help them see the lighter side of life, while enjoying an easy to drink full strength high quality beer, with no added sugar, Skol lager.

“We aim to help our Skol lager drinkers regularly have a great laugh with their friends to distress and not take life too seriously. We think we can capture this moment with our slogan “live-laugh-lager”. We will introduce live comedy evenings in different Skol lager outlets to allow drinkers enjoy a great evening laughing and support the growth of the emerging comedy circuit, providing local talent, including our partners the Comedy Knights, with platforms to perform and grow”. Skol Lager Brand manager, Emilienne Benurugo. 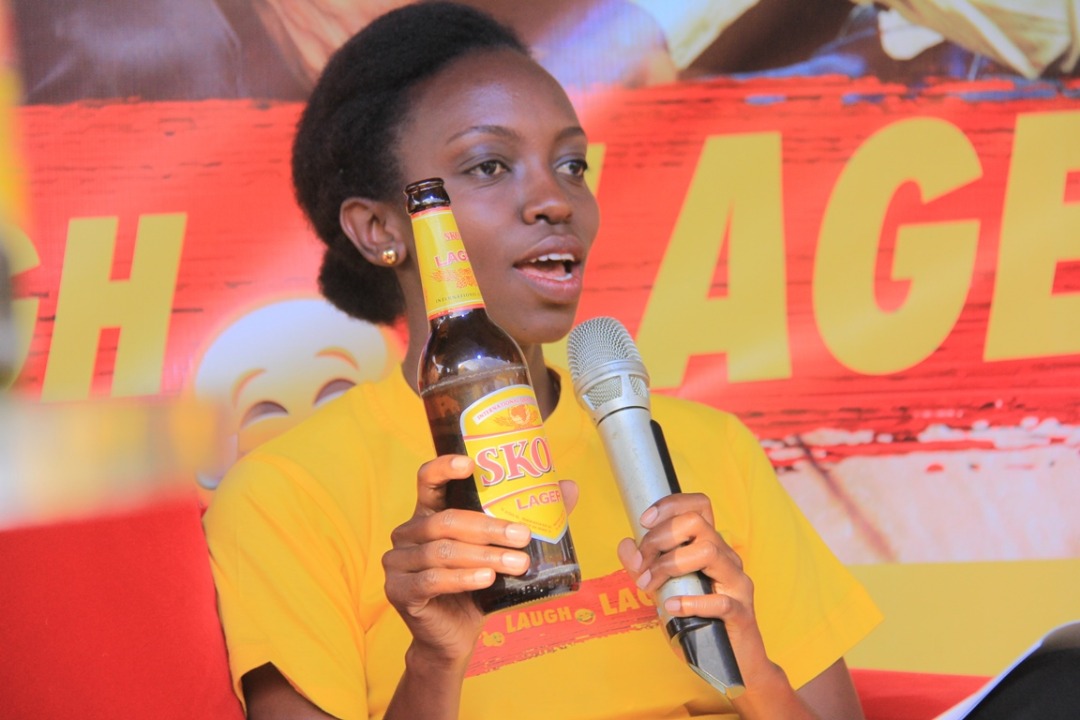 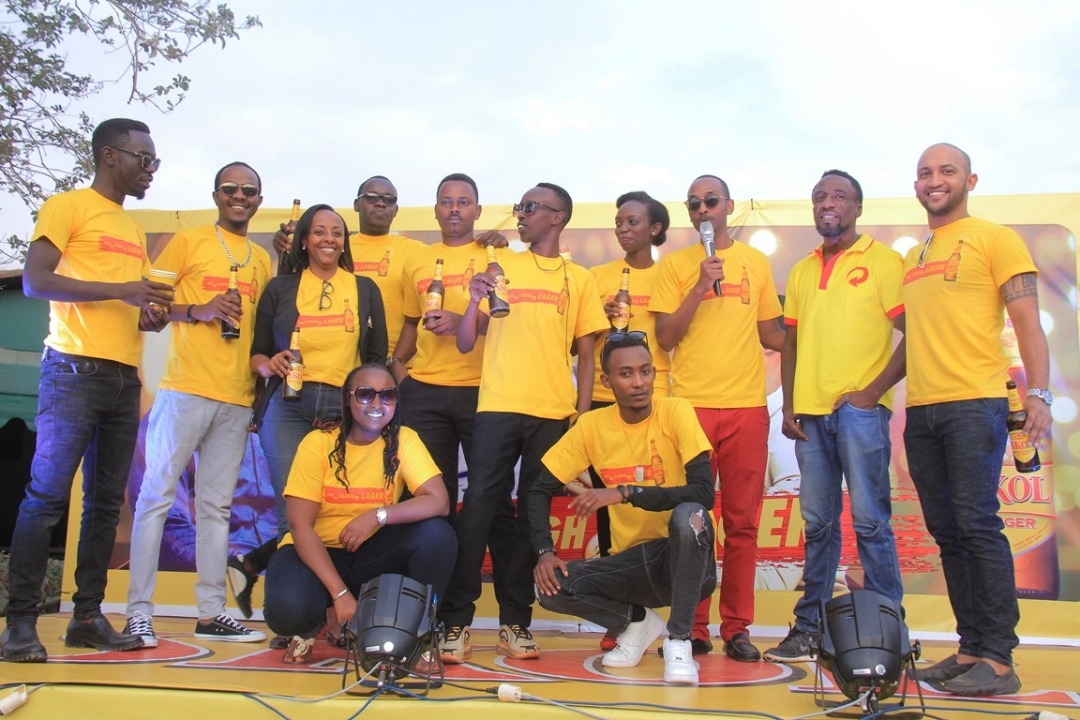 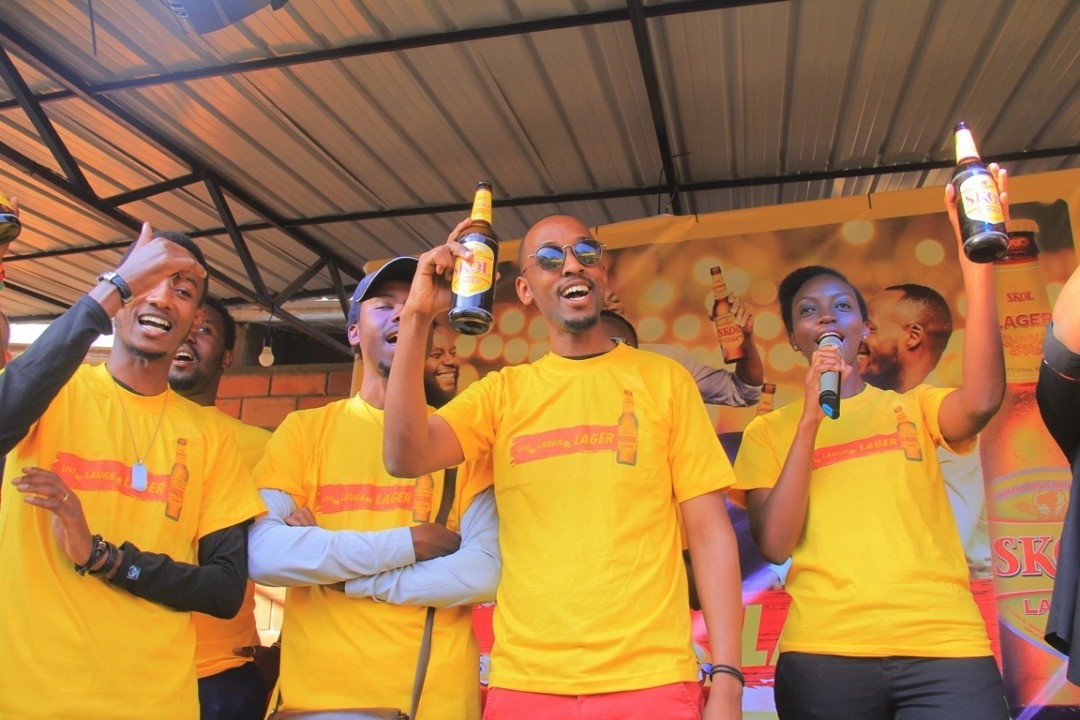 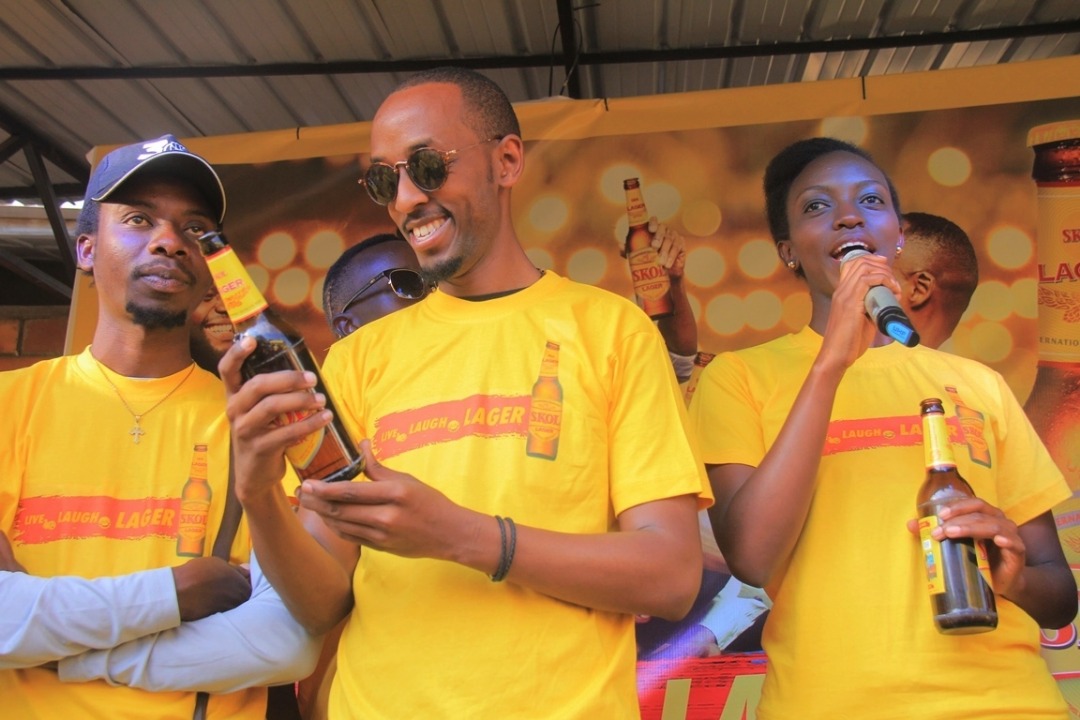 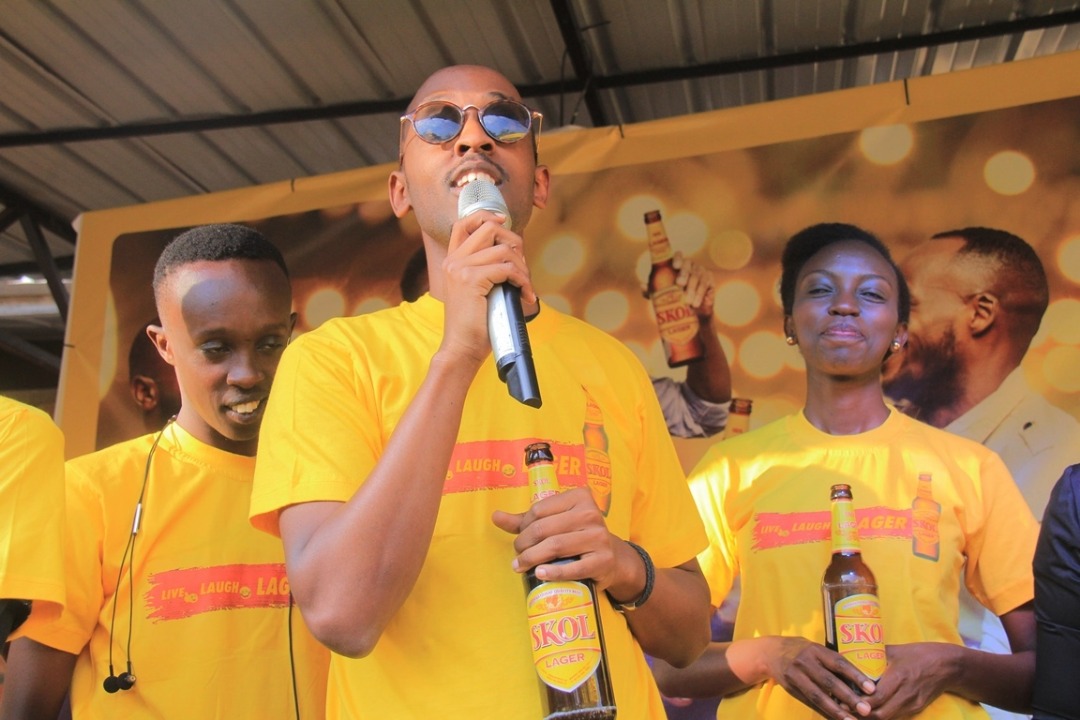 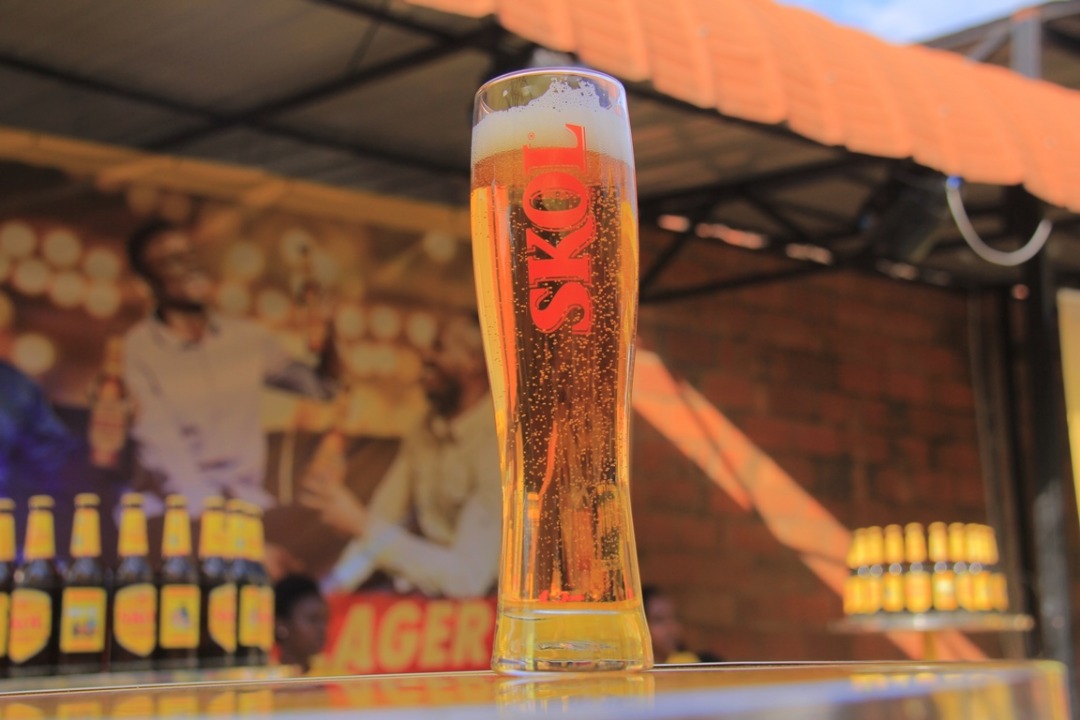 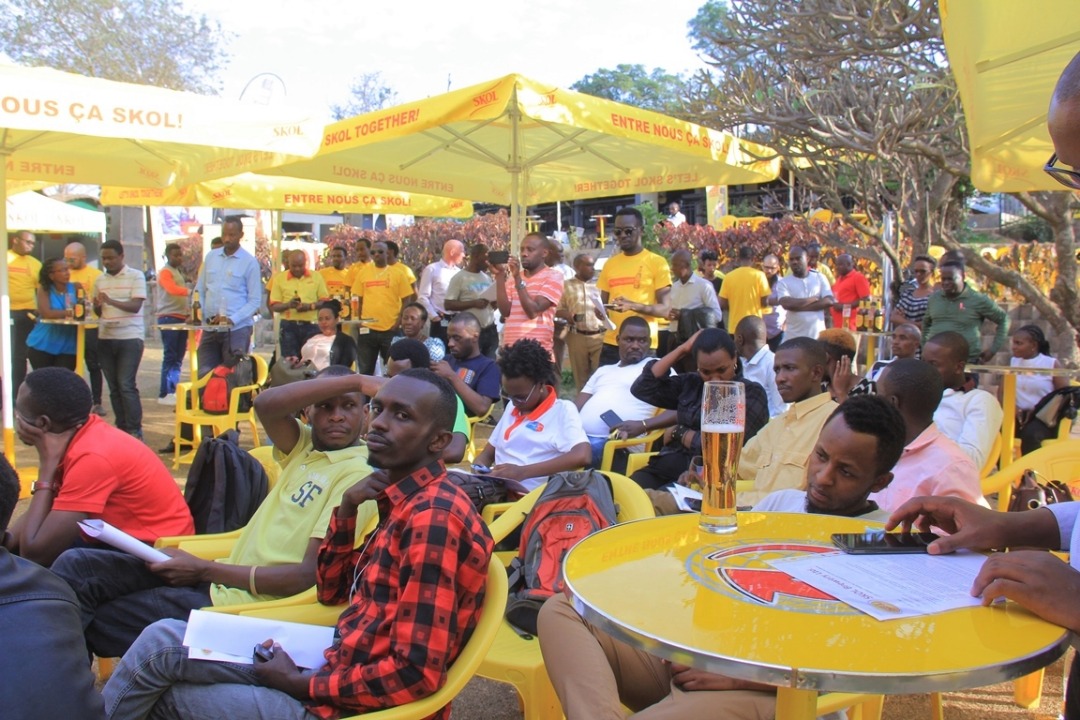 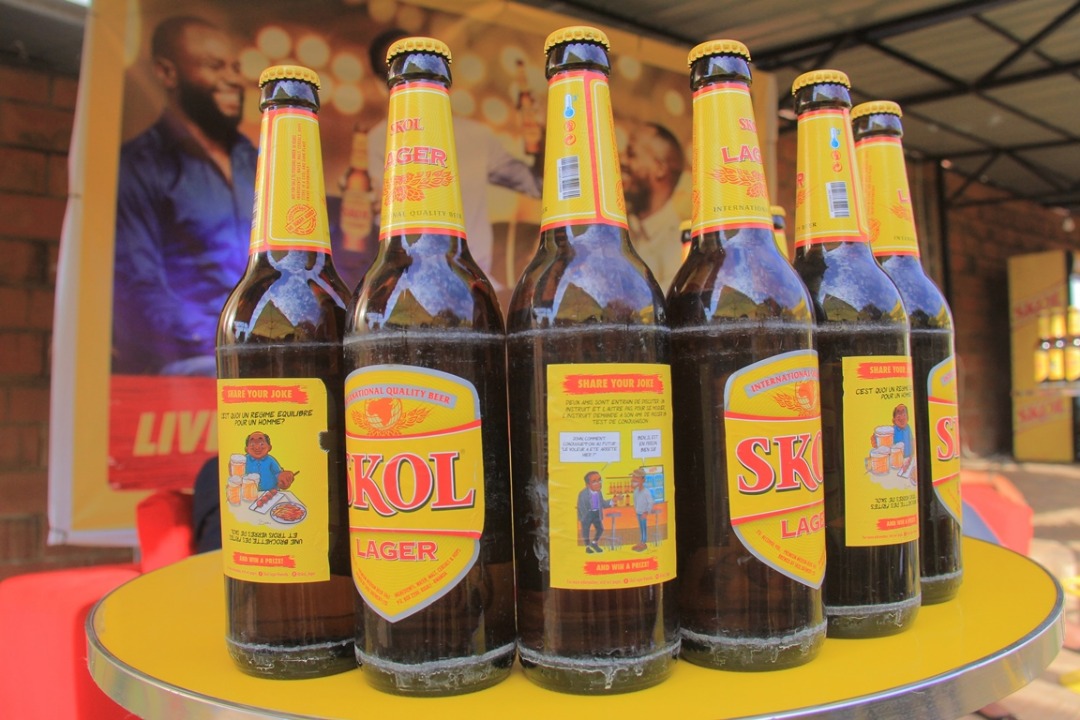 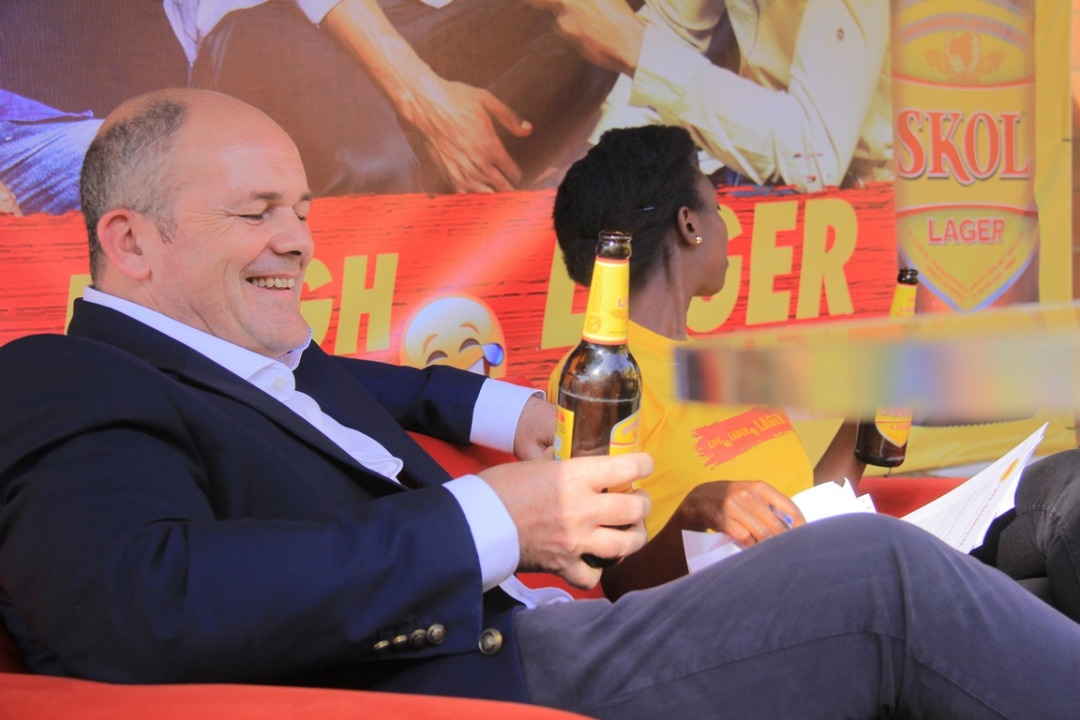 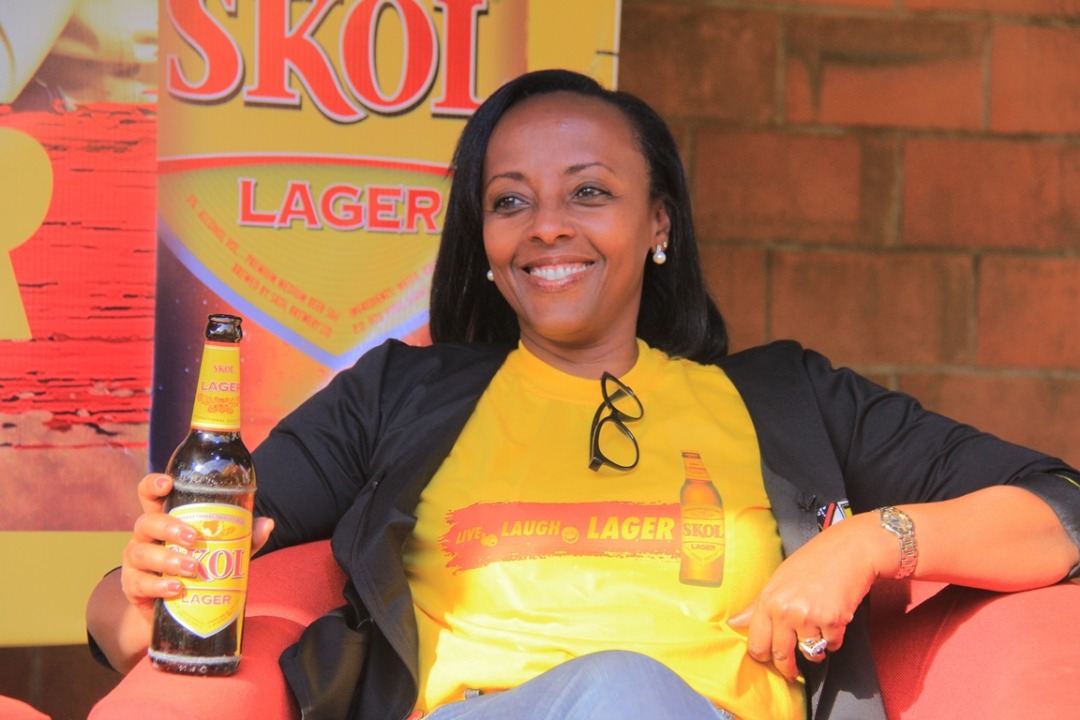 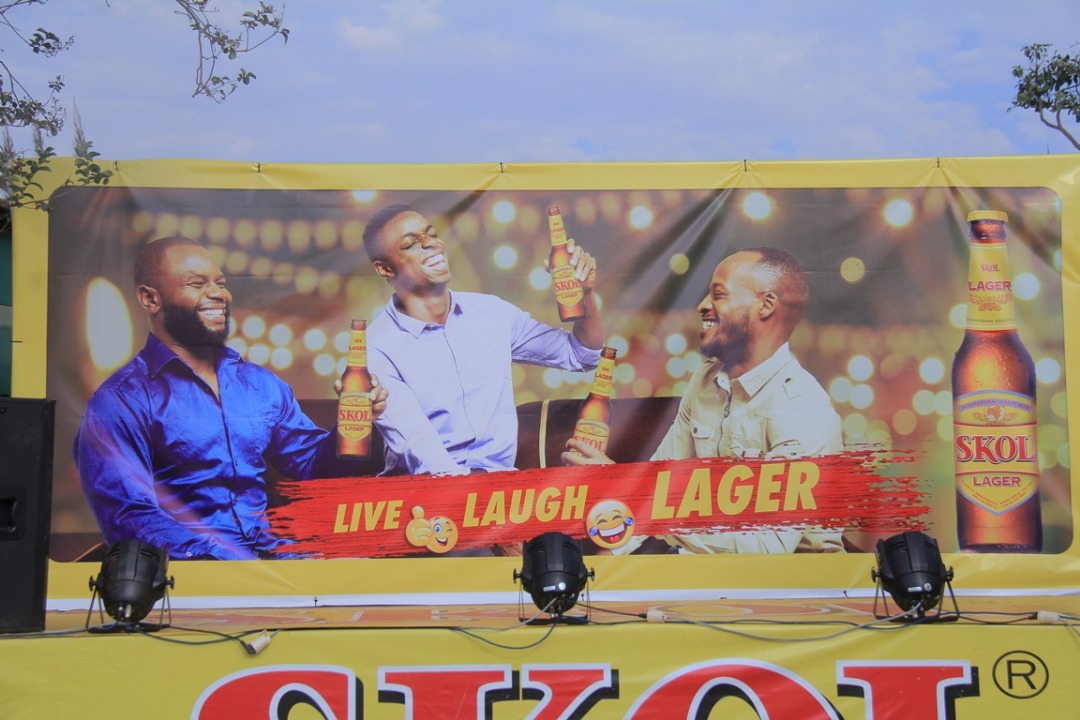 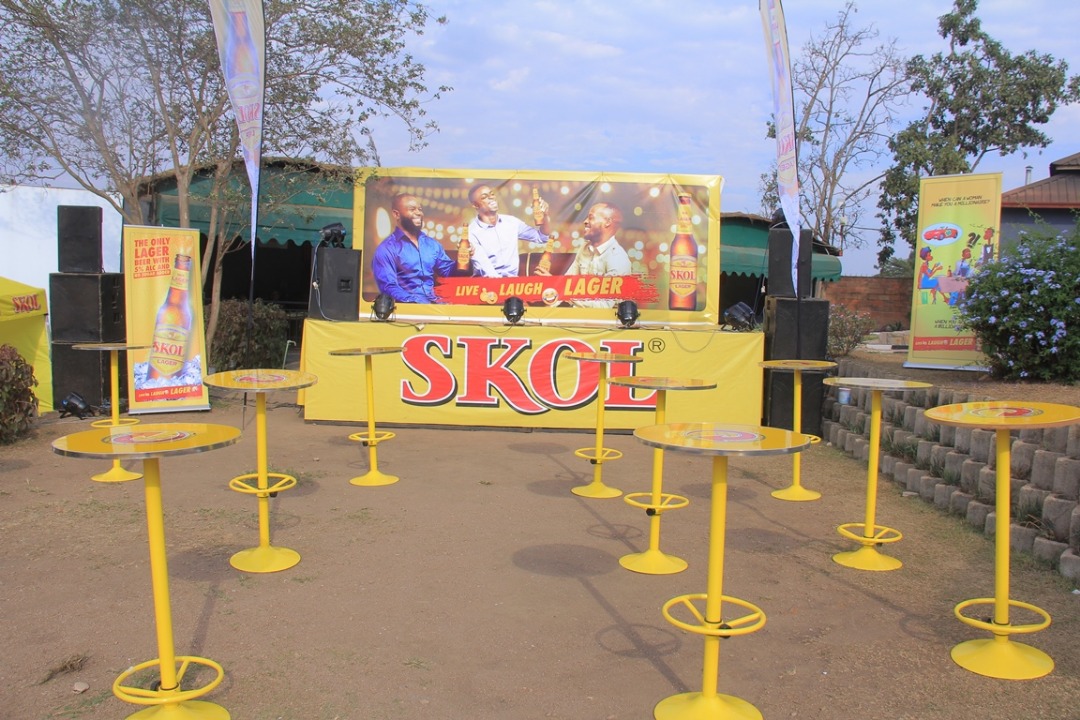