The Daymakers comedy outfit with their famous ‘Bigomba Guhinduka’ comedy show Sponsored by SKOL LAGER on October 12, made yet a big stride in the comedy industry in the country after staging another sold-out show.

This is the second edition of the comedy show after the first one in April that also registered tremendous success earlier this year.

At exactly 6pm, doors were open and people began flocking the Akagera Hall at the Kigali Conference and Exhibition Village (formerly Camp Kigali), which has now become home for the comedy show which is, without doubt, the local best comedy event in the country.

A number of comedians from the Daymakers went to the stage to crack the ribs of the revelers, among them, was Spenser, Kepha and Fred, Selt, Nimu Roger, Bishop Gafaranga, Divine, Joshua, Micheal Sengazi, Clapton Kibonke as well as the main acts of the event 5k Etienne and Japhet of ‘Bigomba Guhinduka’ fame.

Among some of the jokes that really made people laugh themselves to tears were about local movie star Ndimbati who was also in the audience. Some other prominent social figures at the comedy show included singer Yvan Buravan, Alex Muyoboke, Jules Sentore, Victor Rukotana, Arthur Nkusi, as well as Shady Boo.

Ndimbati became a subject of all kinds of jokes as no comedian came to stage and left without cracking a joke about him. 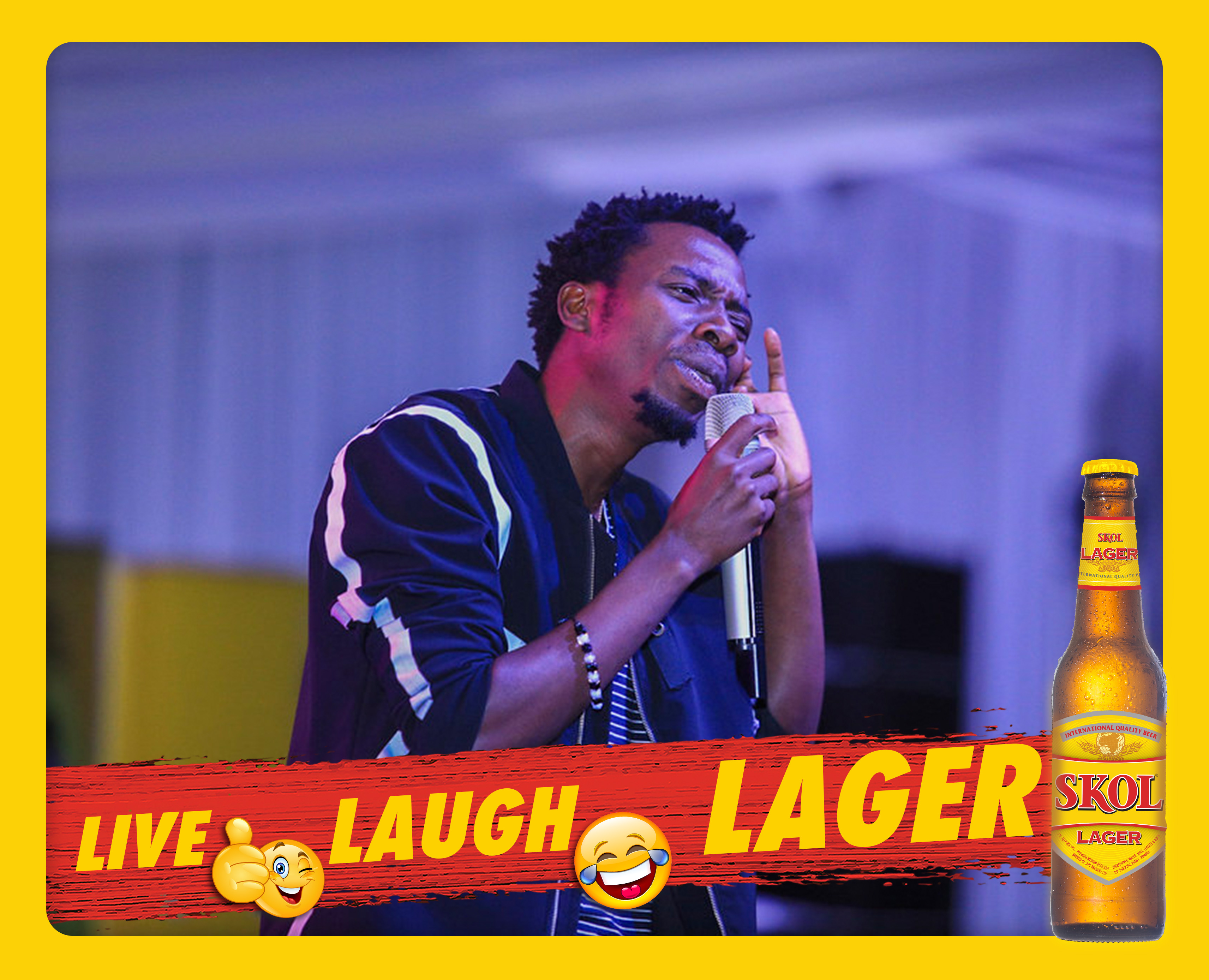 “I thought Ndimbati has money but I was shocked to find him busy fighting with students at the gate to get a Rwf2,000 ticket and when he was asked for his students’ identification, he said he does ‘road law’ (in reference to his other job as a driver) so he was allowed to enter,’’ Divine joked as the crowd went into a frenzy 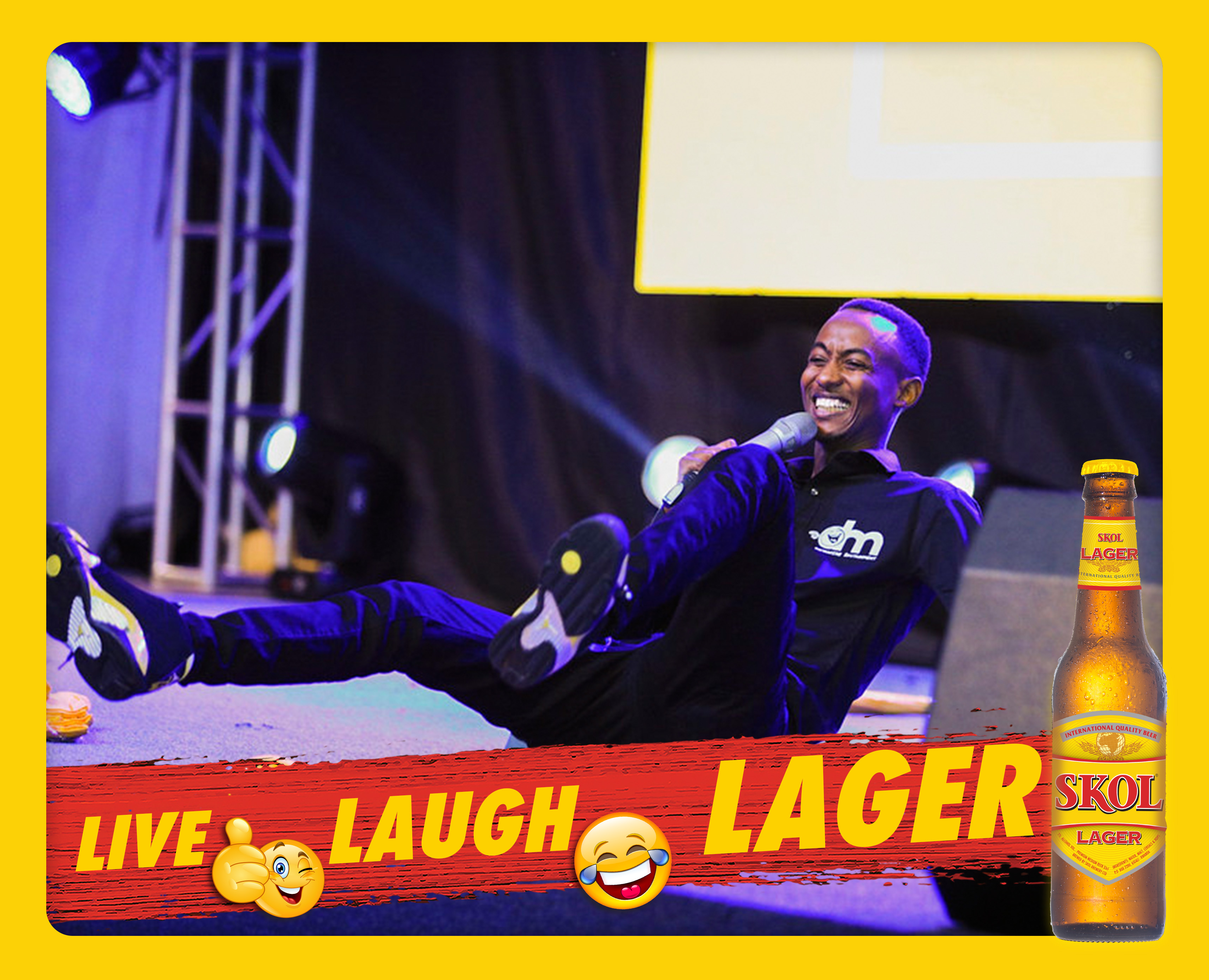 “I was wrong to think that it over as Ndimbati also brought his wife to get a student’s ticket for Rwf2, 000 and when asked for her identification, he claimed she is a tailoring student and they were all allowed in,’’ she concluded and at this point, everyone was laughing uncontrollably.

Micheal Sengazi came to the stage and narrated how people that do casual jobs do not want to admit that it is what they actually do but prefer to have their duties sound fancy. 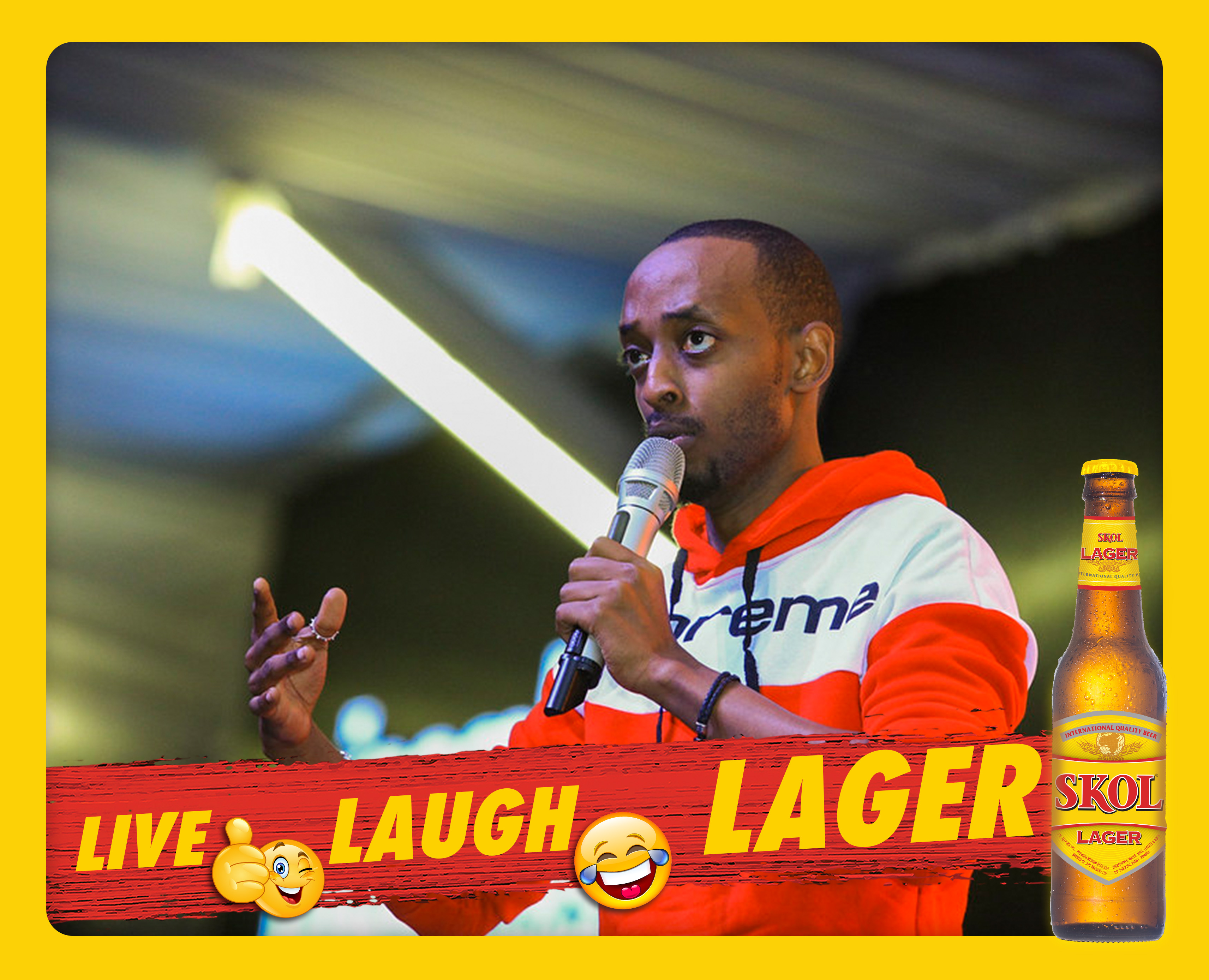 “I went to Burundi and I met an askari and I asked him if he was one and he refuted it saying that he is the person that is in charge of all the security operations in that home,’’ he said

A few minutes later hip-hop outfit Green Ferry Music came on the stage and almost everyone, apart from some in the VIP, section stood up and began dancing to the Kinyatrap songs which are fast becoming a popular genre.

Clapton Kibonke came to stage and recognized the presence of the many celebrities that came to the show before shifting attention to his wife who she thanked for having come to check on him at work. 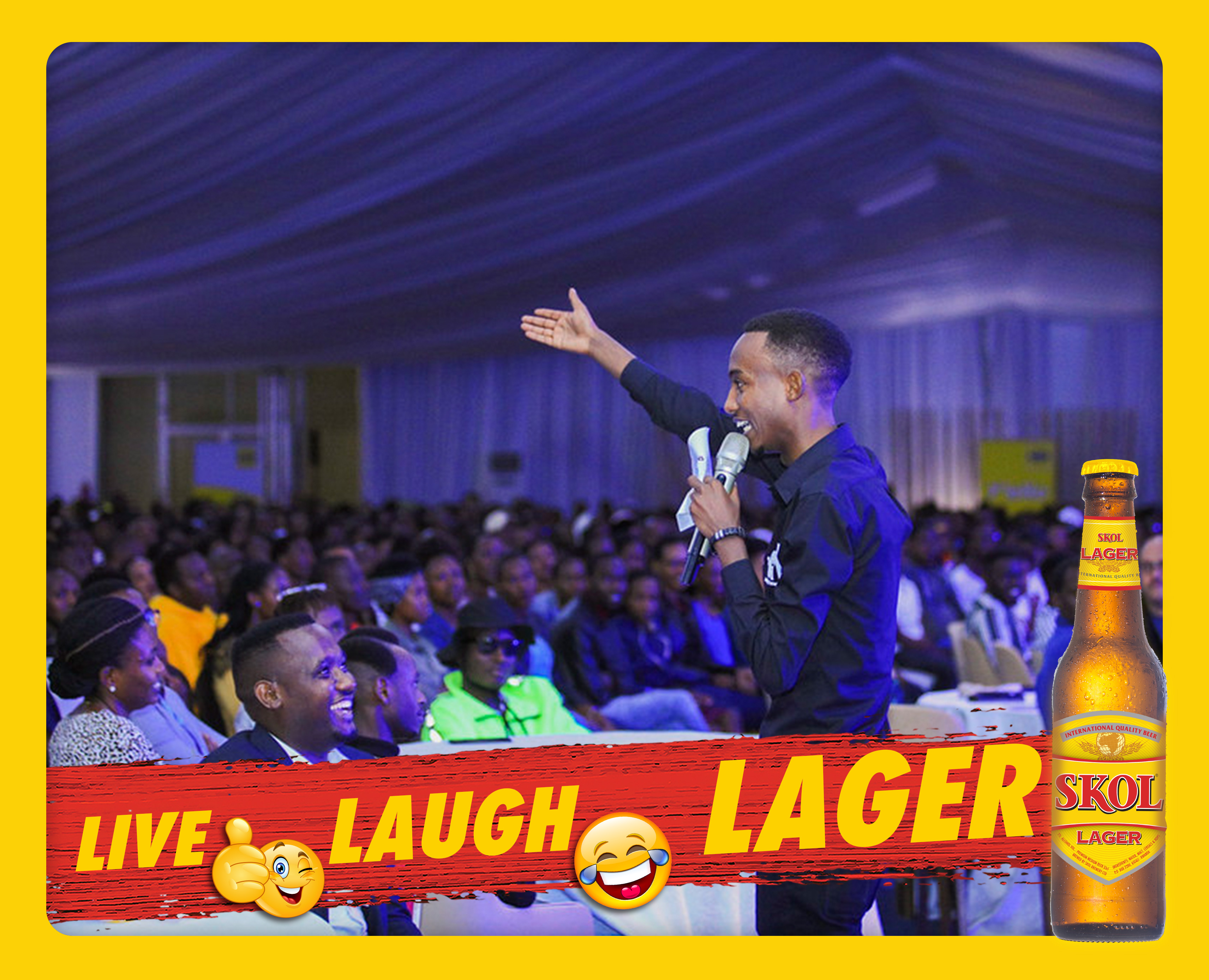 “Thank you so much, my pretty wife, for having come to check on me at office. But it is late, what shall we eat for supper?’’ he joked as people laughed their hearts out.

Shortly after their fun-filled presentation, Clapton Kibonke, the head of the comedy group came to stage to thank the main sponsors Skol Lager and everyone who came to attend the show, stating that without them, the show would not be a success.

“I want to thank all of you who have come here to support us today especially MTN Rwanda and Skol Lager plus everyone in the audience for having come here to support us. We do not take your support for granted and we shall keep doing what we do because we know you have our backs,’’ the comedian said as curtains fell on an evening of laughter.