SKOL Brewery Ltd (SBL), a company that produces alcoholic and soft beverages, has offered a chance to win 20 Skol 100% Malt crates for fans who would vote for a song or artist who will be awarded the Kiss Summer Awards. 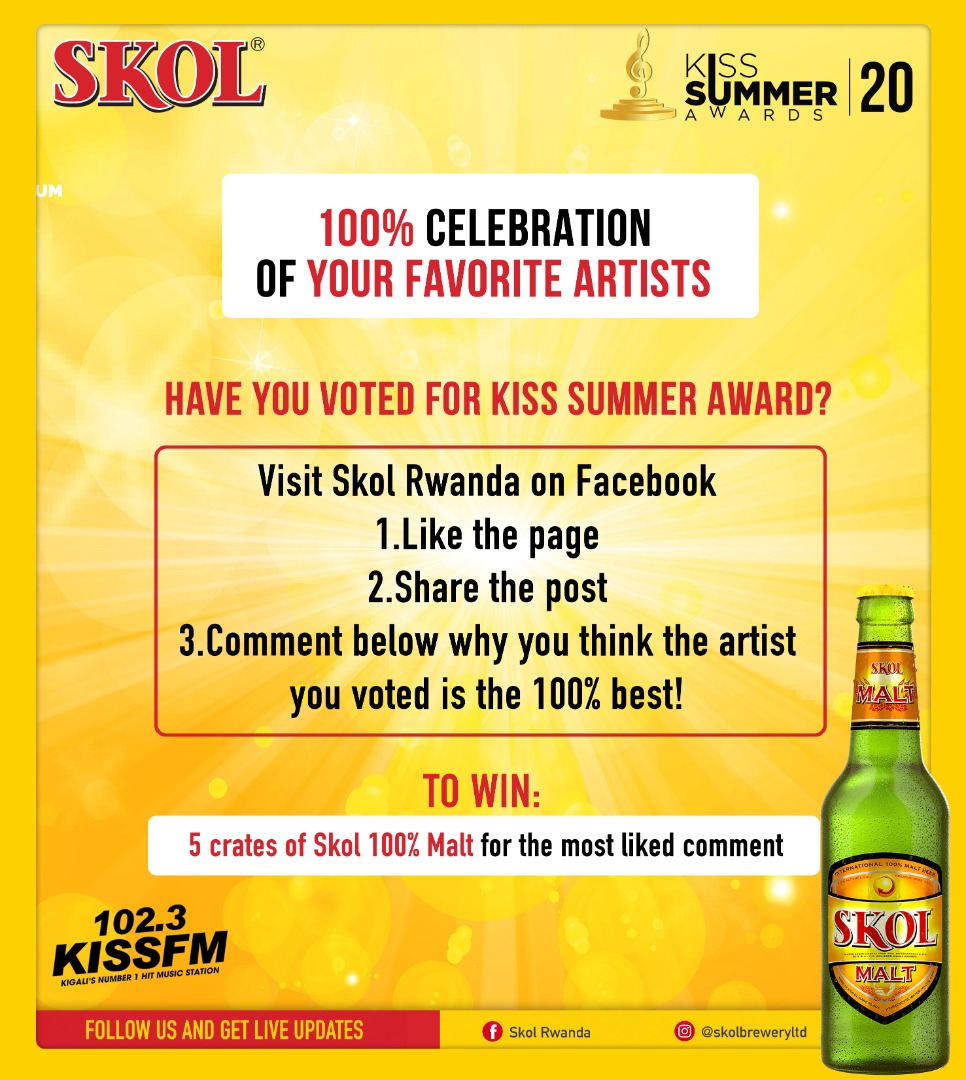 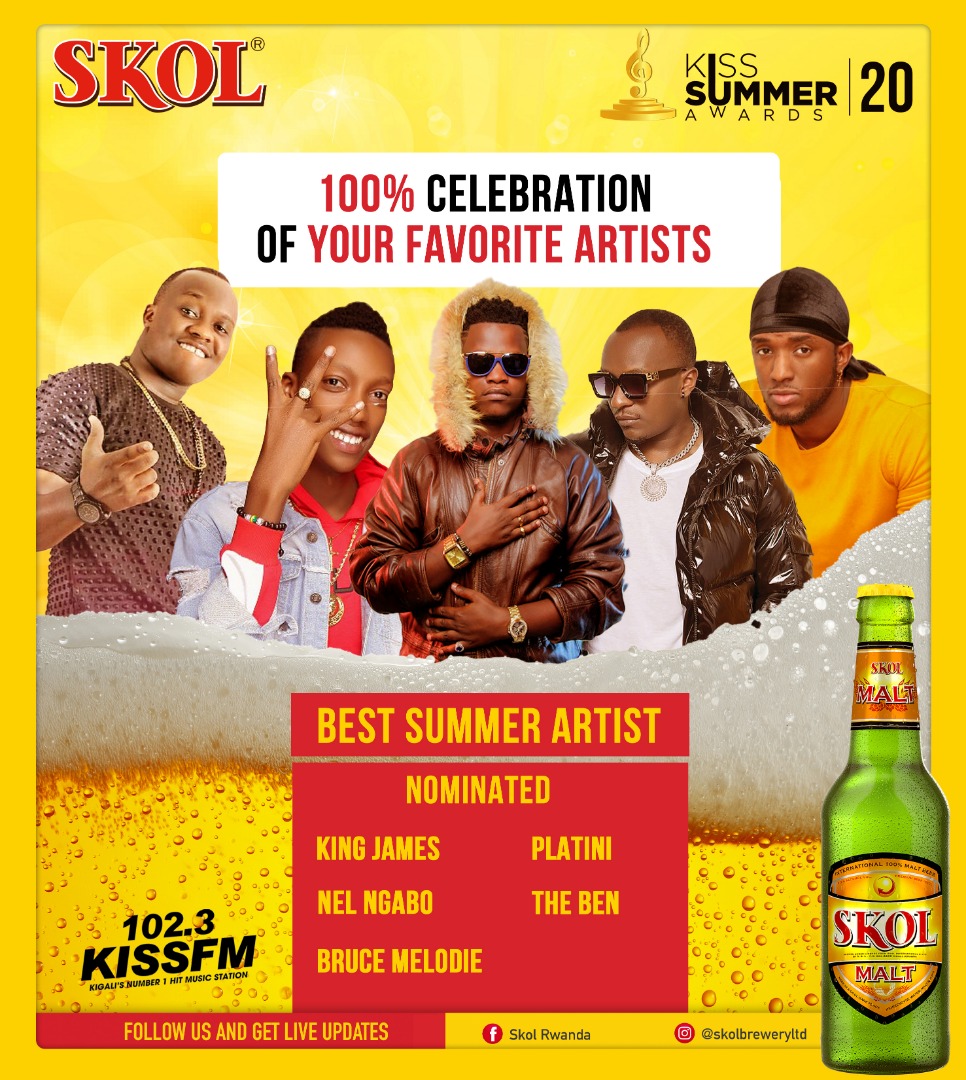 SKOL, as the sponsor of these awards, has created a way to win 20 crates of Skol 100% Malt beverages for fans who will vote for the song or artist who will be awarded the prize.

The Head of Media Relations at Skol, Tuyishime Karim, told to local media that the winner of each of the five categories would be the one who voted for the award-winning artist and had a lot of likes for his idea of posting on SKOL’s social networking site after voting on KISS FM’s website.

“That is, when you select an artist or song on the KISS FM website, you will immediately come to SKOL’s Facebook page or SKOL’s Instagram, then write in the comment why you believe the artist [or song] has to win that award.” 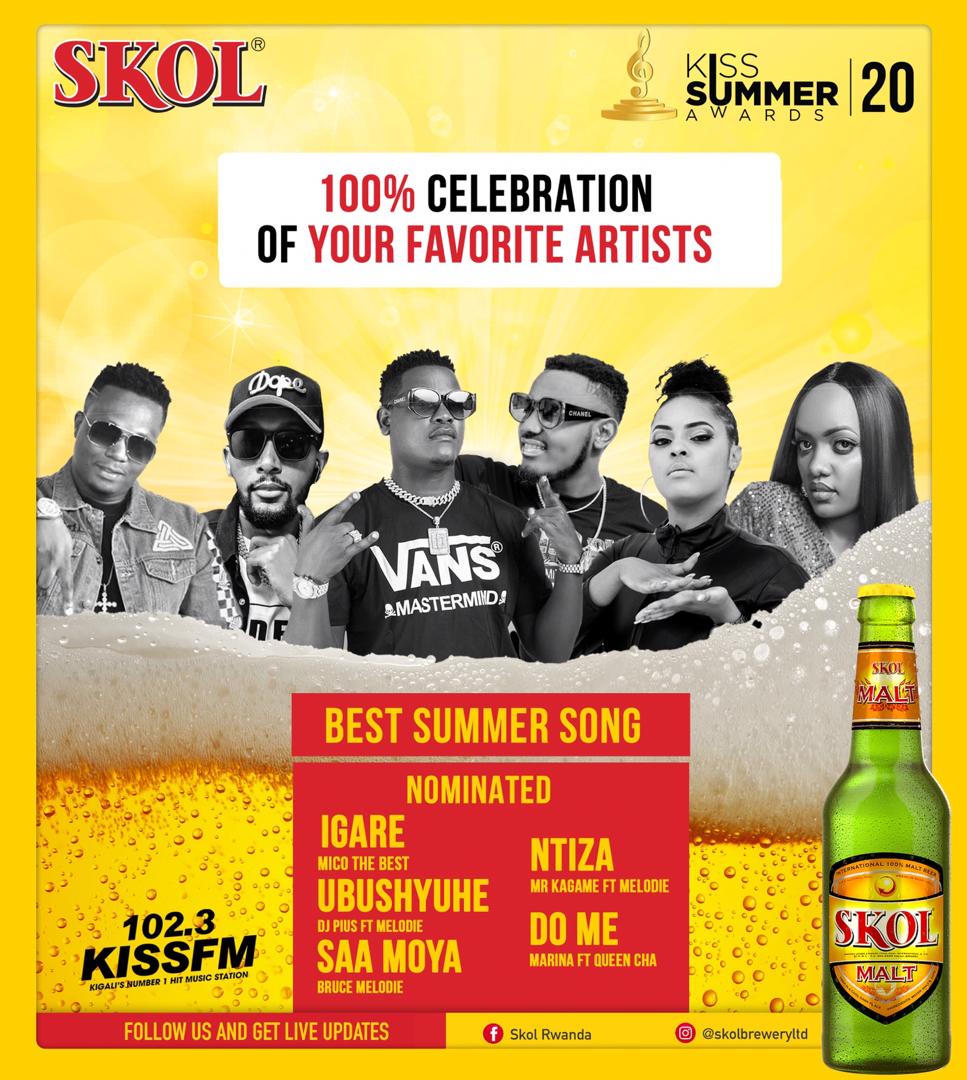 “If people give you a lot of likes for that reason in the comments, the idea will have many likes, if the wins, you will win five SKOL Malt crates. Five crates are planned for each category, if you have equal likes then you will share those crates. ”

Tuyishime added that “If you pick a song from a certain artist and win the award in a particular category, and you also have a lot of likes, you will win your five crate prizes.”

“It’s the likes from the day you vote until the end [of September 13] as the artist also has to win, they will count his votes from the time they publish until the last day.” 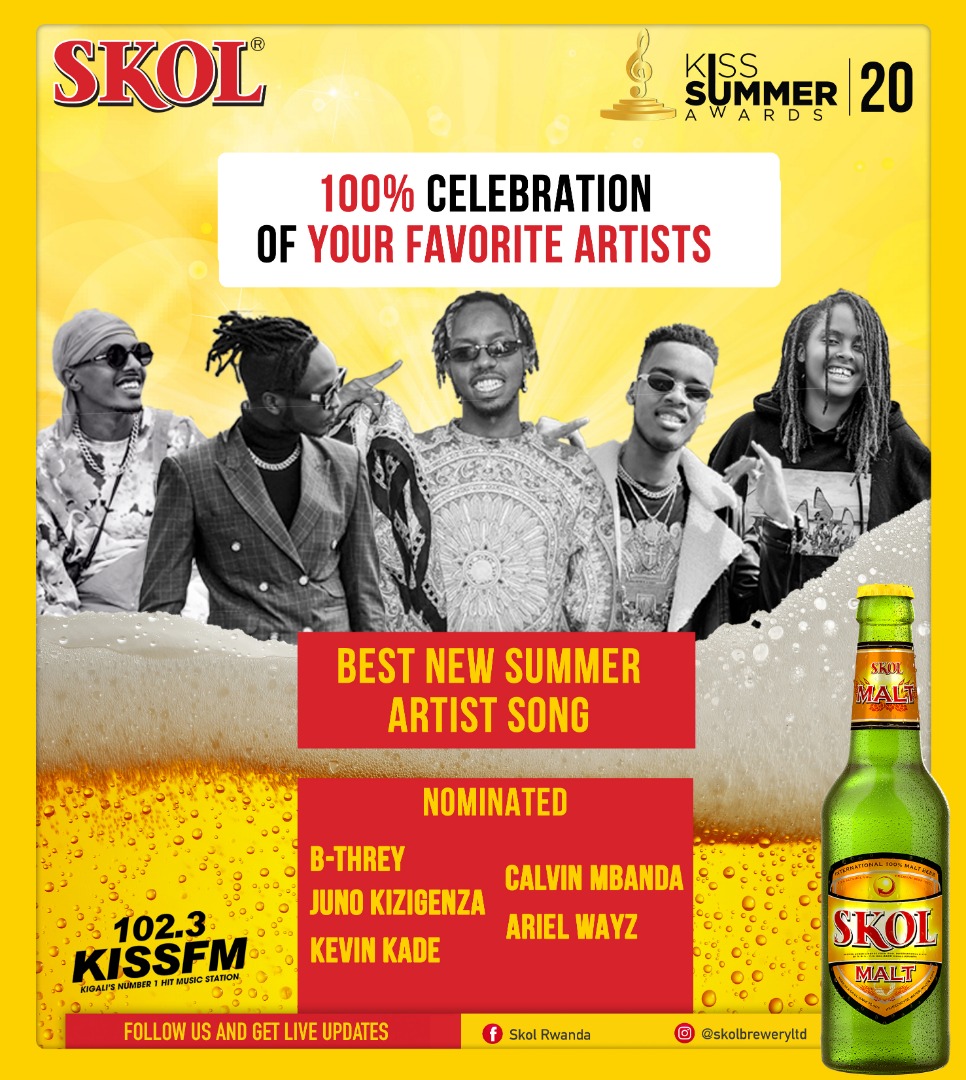 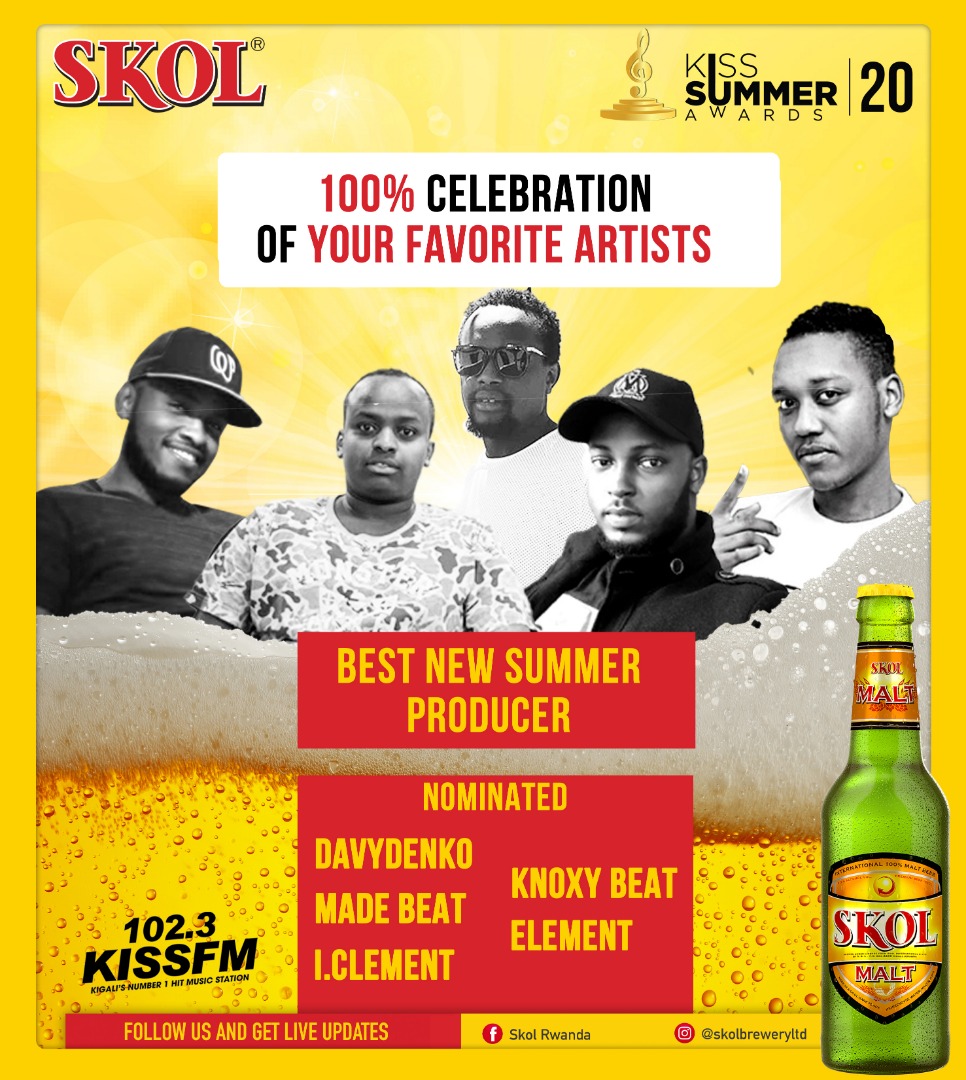