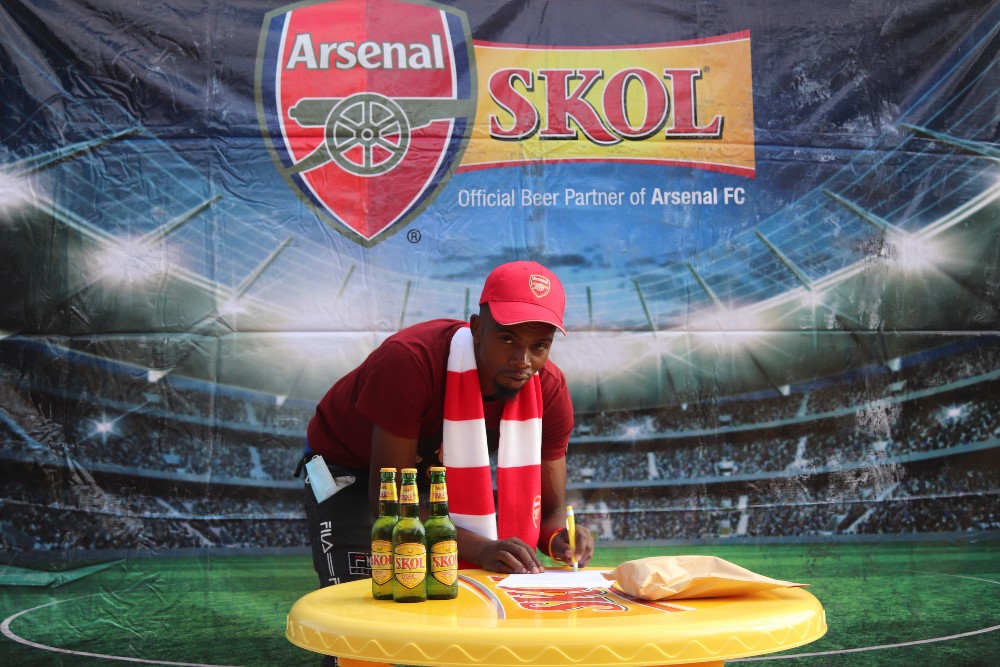 In January 2019, SKOL Brewery Ltd Rwanda shed light on the deal inked with Arsenal in a press briefing.

At the time, the brewer explained that the partnership will see enthusiasts of SKOL drinks standing chance to win flight tickets to watch live Arsenal matches through different raffle draws organized by SKOL.

Later on, the company organized different social events bringing together SKOL and Arsenal fans to socialize as they watch Arsenal matches.

The brewer also organized other activities like SKOL-ARSENAL Coaching clinic where Arsenal coaches came to Rwanda to train players from different football teams in Rwanda including Kiyovu Sports, Mukura VS, AS Kigali, Police FC and Rayon Sports as the host.

The ceremony to close the coaching clinic coincided with the draw that gave chance to Arsenal fans to win flight tickets to watch Arsenal match live in the season 2019/2020. 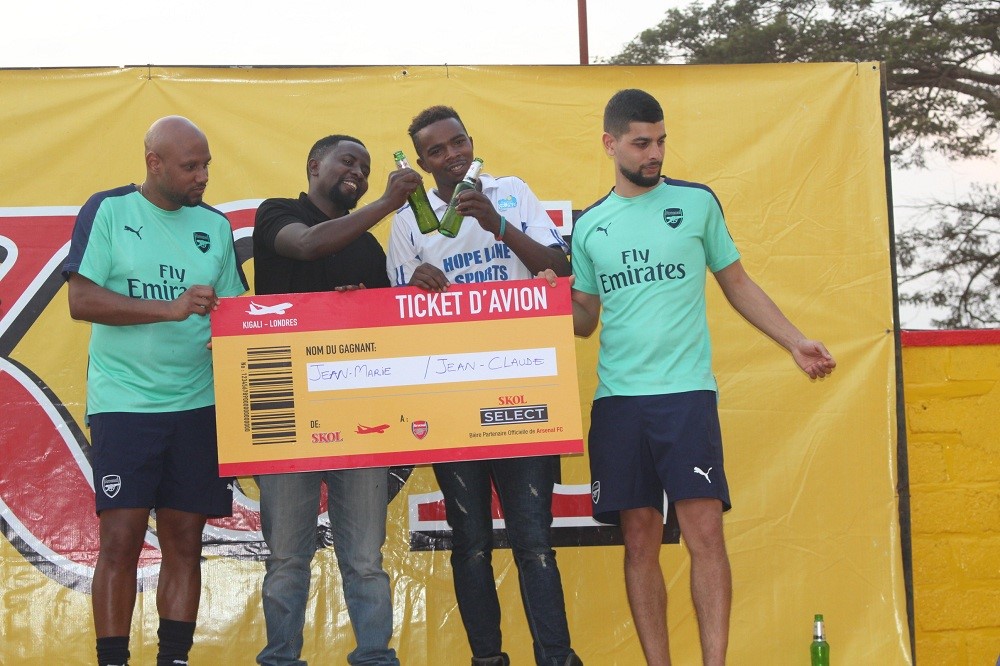 In the following days, SKOL organized another social event bringing together football fans to watch the final match of Europa league as Arsenal faced off Chelsea Fc.

The event took place at KCEV, in premises of former Camp Kigali attracting a big fan base. It was also attended by the CEO of Rwanda Development Board (RDB), Clare Akamanzi along with the former Minister of Trade and Industry, Soraya Hakuziyaremye. 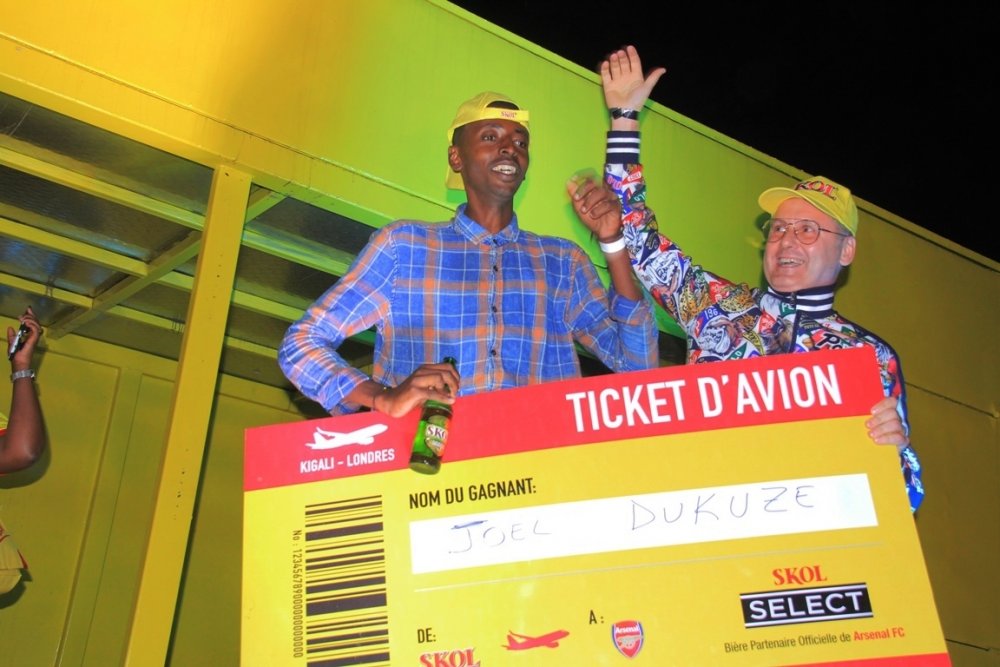 During the event, another fan, Joel Dukuze became the 3rd lucky winner of a flight ticket to watch Arsenal match at Emirates Stadium in England.

Their schedule to fly to Arsenal Fc match in May 2020 coincided with COVID-19 pandemic that has caused unprecedented effects worldwide. As Coronavirus pandemic emerged, flights were suspended to contain its spread. Fans were also restricted to watch matches live until today. So, winners who won tickets through SKOL draw requested for a refund because they could not travel.

Jean Claude Bikorimana has revealed that they had secured all travel permits but Coronavirus presented unusual circumstances that they were told to wait until the situation normalizes. 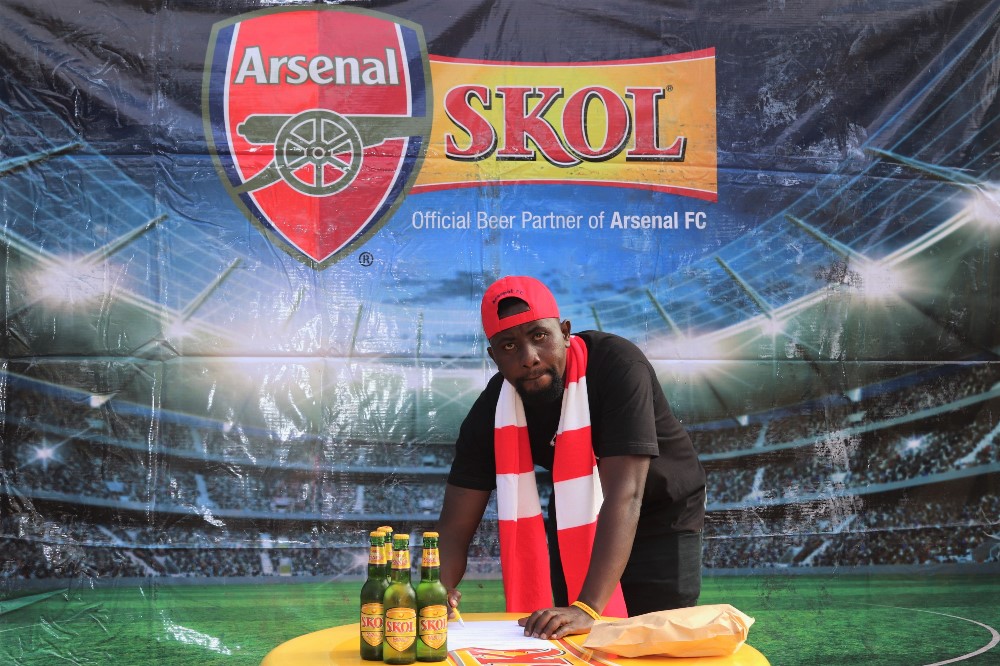 After realizing that COVID-19 uncertainties might take longer than expected, they looked for an alternative that could impact their lives.

“Considering the situation and the fact that life has become tough during Coronavirus pandemic; I and my colleagues asked SKOL to compensate our tickets with tangible support to take care of ourselves and our families. SKOL understood our request and did so. The support improved our families’ livelihoods in no smaller part. We are grateful to SKOL and our preferred team Arsenal for respecting our wish and giving us money to help our families to survive amidst the pandemic’s uncertainties,” said Bikorimana.

Winners received cash as an alternative to tickets as well as gifts and other items bearing the branding of SKOL and Arsenal at the training football pitch of Rayon Sports in Nzove in 2020, in a cheerful event during which they enjoyed ‘SKOL Malt’ drink. 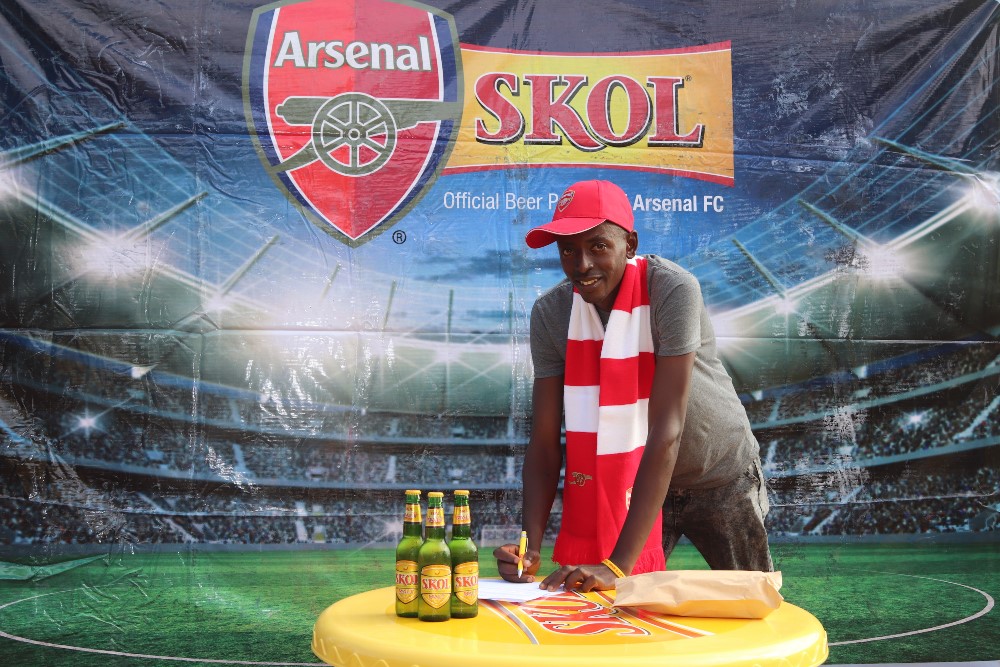 Before SKOL inked deal with Arsenal, the brewer had existing partnership agreements with Rayon Sports FC that were revised recently on 25th March 2021 to increase injected funds from Rwf 66 million to over Rwf 200 million.