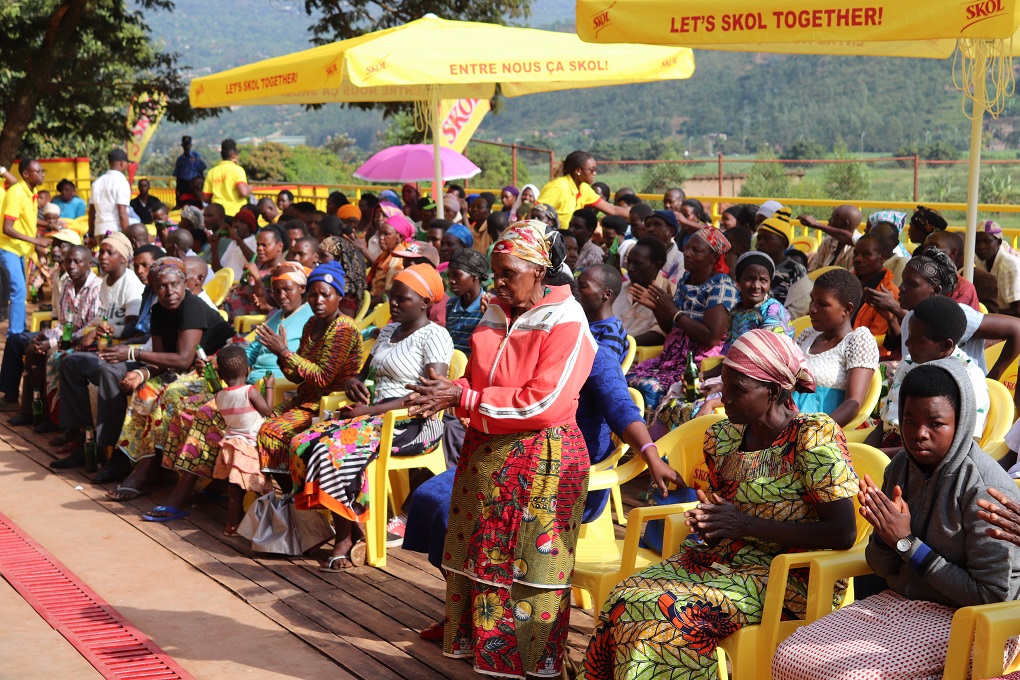 Representatives of the benefiting families gathered at Skol for the handover.

The support, worth Rwf 12 million, was donated in two parts. One part was donated as school uniforms for 606 primary school students at Groupe Scolaire Nzove, located near the brewery factory facility. Another part was given to help some members of the community to get social security membership, by providing 1,315 health insurance premiums to vulnerable families living in the brewer’s neighborhood to help the residents improve their health security. 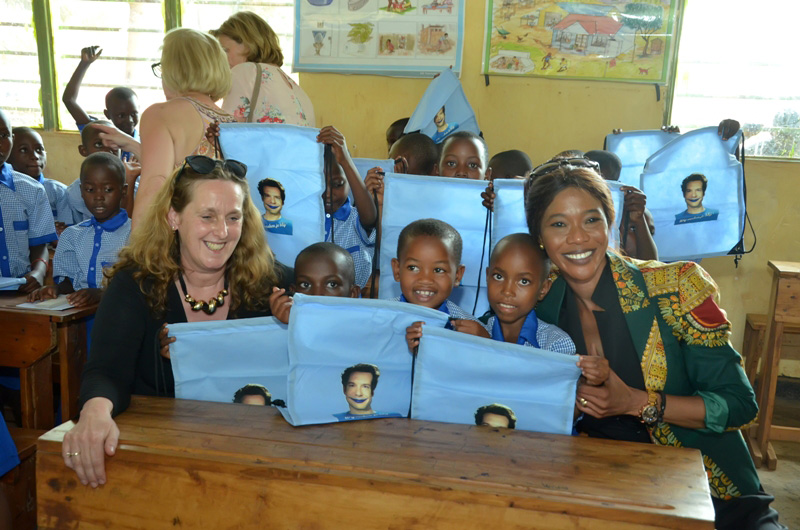 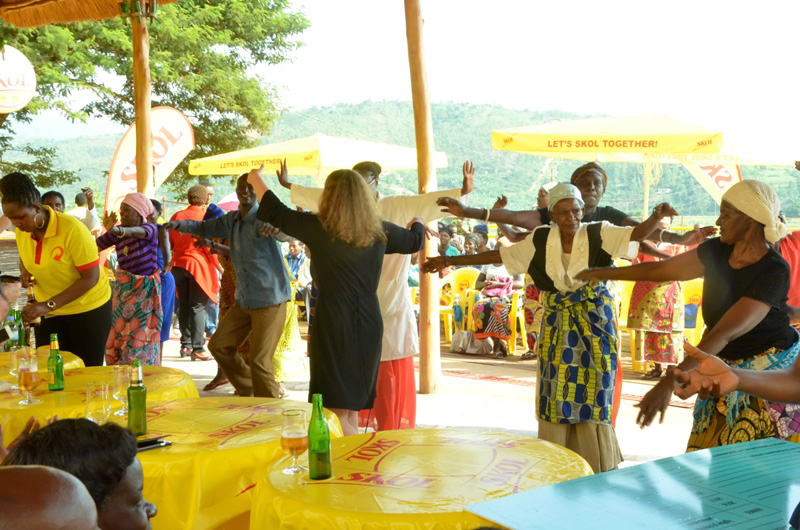 Support  beneficiaries celebrating with SKOL officials after getting the support.

Andre Nsengiyumva, the Head Teacher of Groupe Scolaire Nzove, whose students benefited from the support, said “though we are happy for the support, the school still has a number of challenges regarding the students’ welfare. Some had old uniforms and the sponsor thought it would be a good idea to give them new ones. We humbly believe that, according to discussions we had with the brewer’s officials, more support will come from them and, hopefully, more students will benefit from the support,” he said.

Stephen Runyagu, 83, one of the beneficiaries said they are thankful for the brewery’s gesture to support the country’s development initiatives starting from its neighboring communities. “I am happy that my health is assured. My daughter used to pay Mituelle for me while living together, but I have been struggling to afford it on my own ever since she got married. It is a relief for us because we can access health services thanks to Skol’s support,” he said.

Runyagu’s appreciation was reiterated by Jean Claude Niyibizi, the Executive Secretary of Kanyinya sector, in which Nzove cell is located, who said the support has helped the sector achieve its targets in terms of health insurance coverage in the area as a guarantee for citizens to have access to health services. 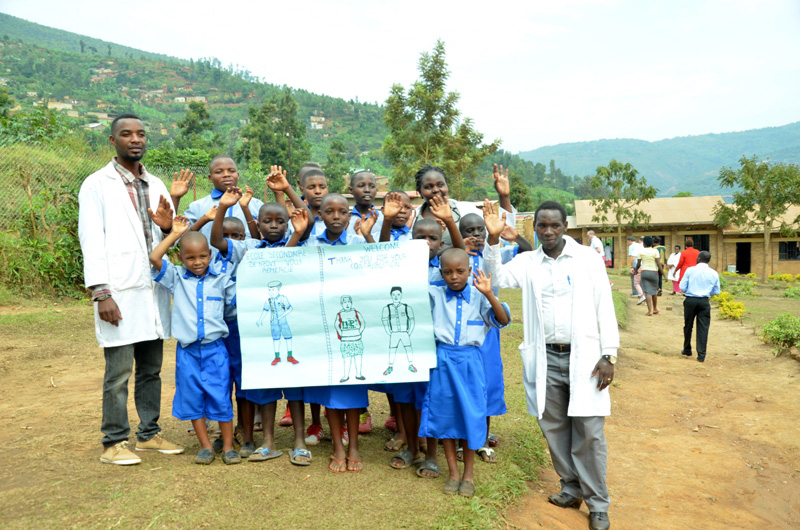 Students and teachers wave thanks to SKOL for the support. 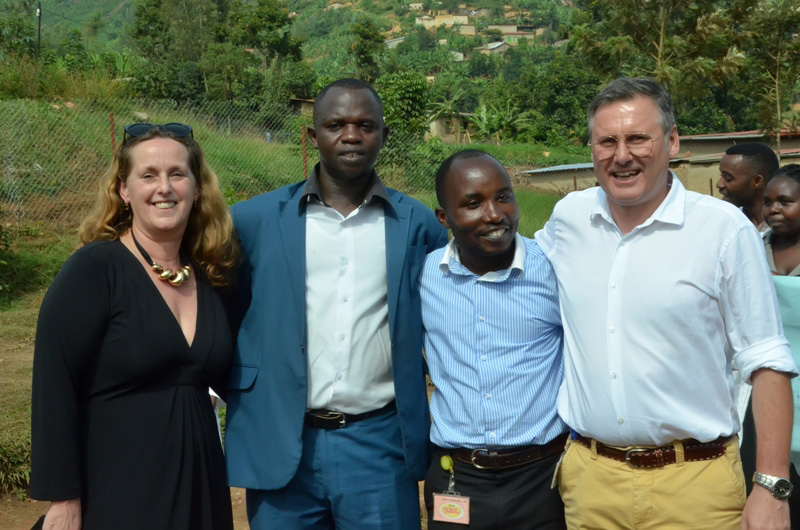 Skol General Manager, Ivan Wulfaert [R] pose for a photo with Groupe Scolaire Nzove after handing over the uniforms to the school students.

Groupe Scolaire Nzove is planning to shift from the industrial zone where it is located very close to Skol Brewery’s factory and the brewer is committed to support it even if the school relocates. Ivan Wulfaert, the General Manager of Skol Brewery Ltd, said the brewer is committed to support the communities from the brewer’s surroundings as part of its usual social responsibility initiatives.

“Our friends from Belgium came to visit our brewery and the Tour du Rwanda last year, and they saw there are a lot of opportunities to help people around our factory. Back in Belgium they gathered the funds to afford the support. We have invested a lot of money to create this brewery here [in Nzove] and since then we have created a lot of jobs for the people from this neighboring community. It’s all because we want to support Nzove to develop. We are not just here as a business and just to make money, we are also here as a socially responsible company. Skol Brewery has been supportive to its neighboring community since it secured its brewing plant in Nzove. More than 60 per cent of our employees are from our factory surroundings,” said Wulfaert. 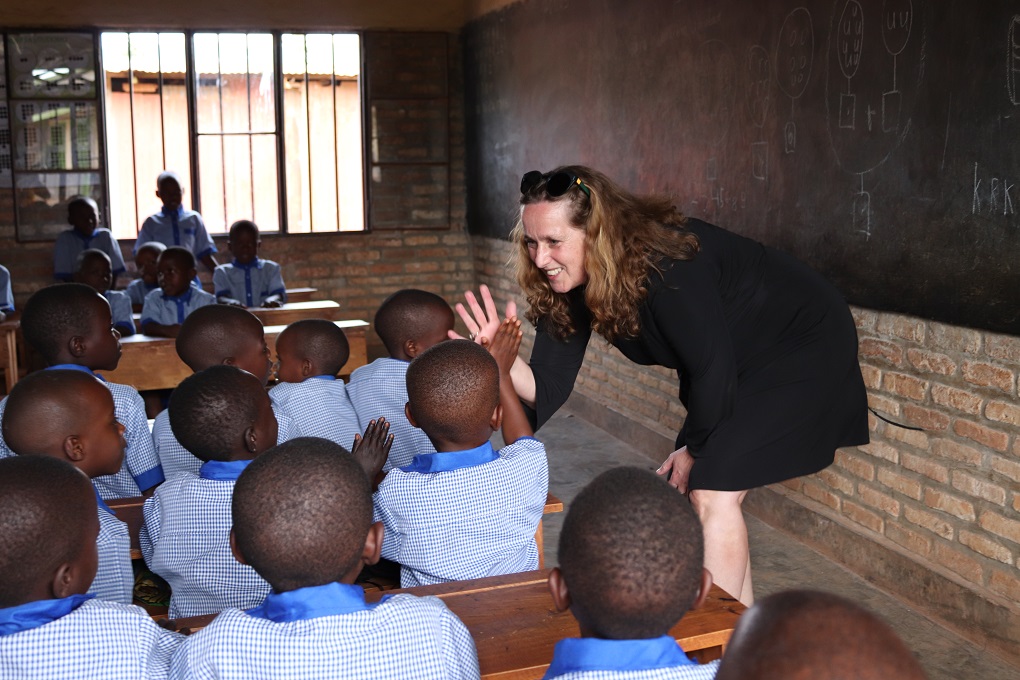 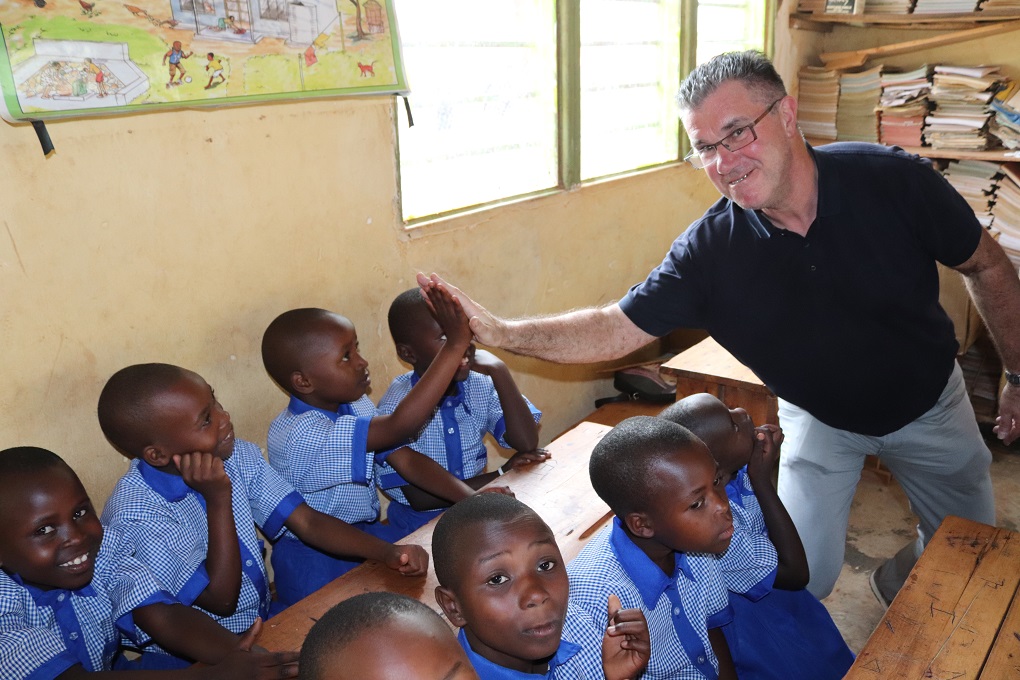 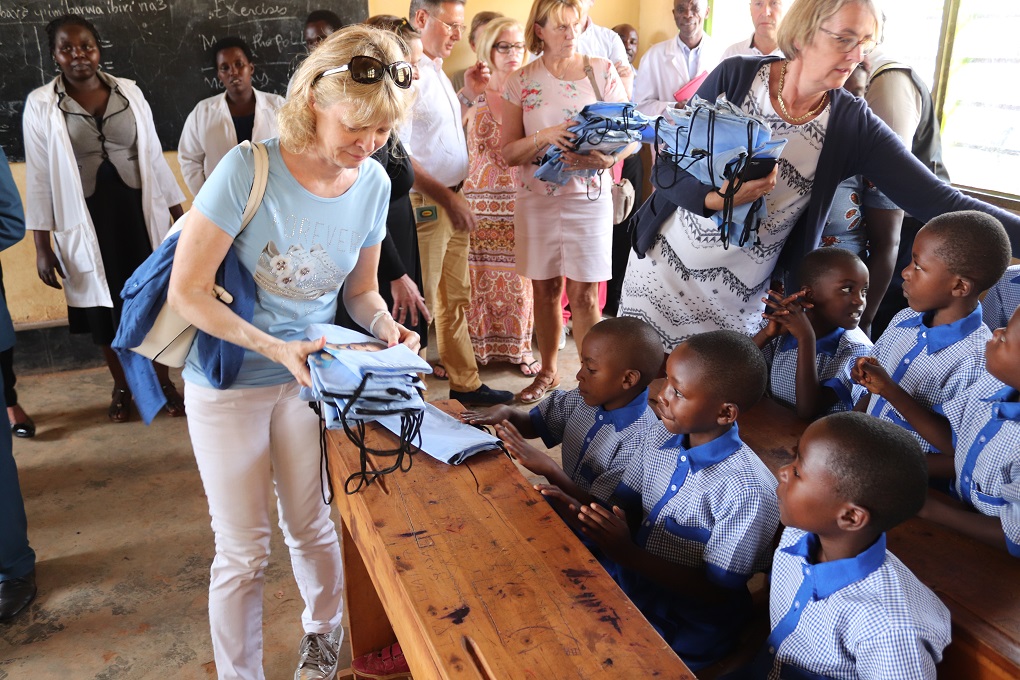 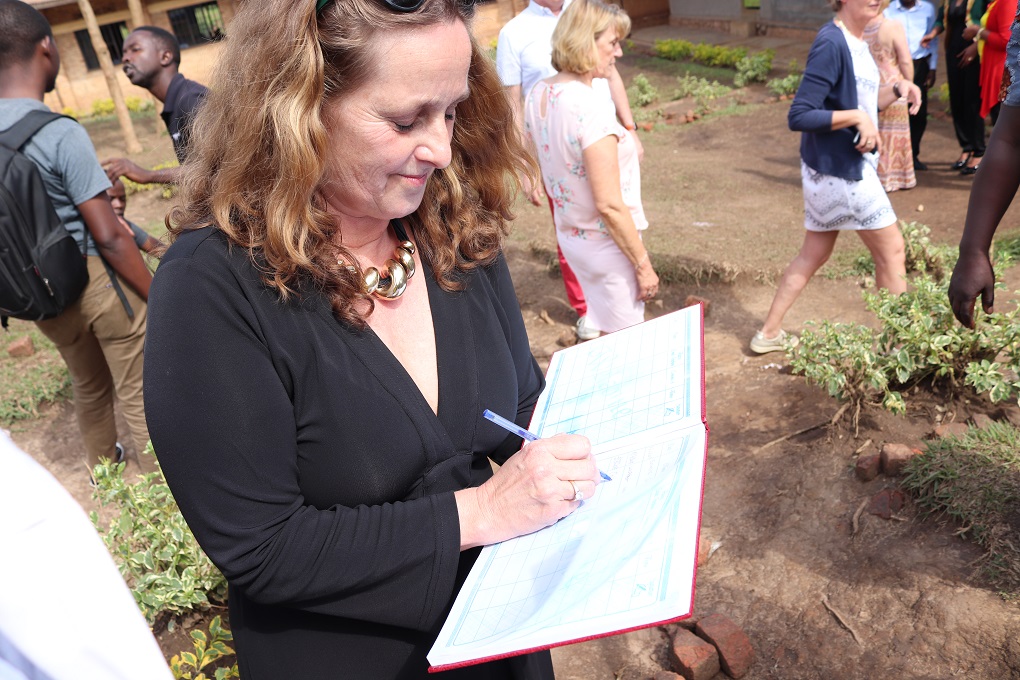 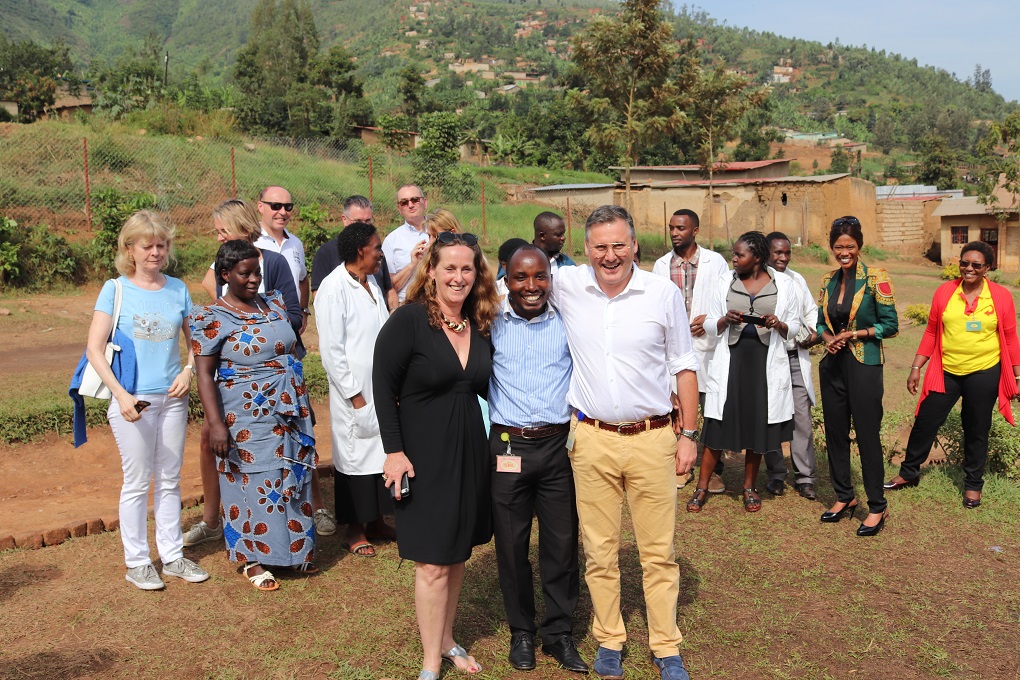 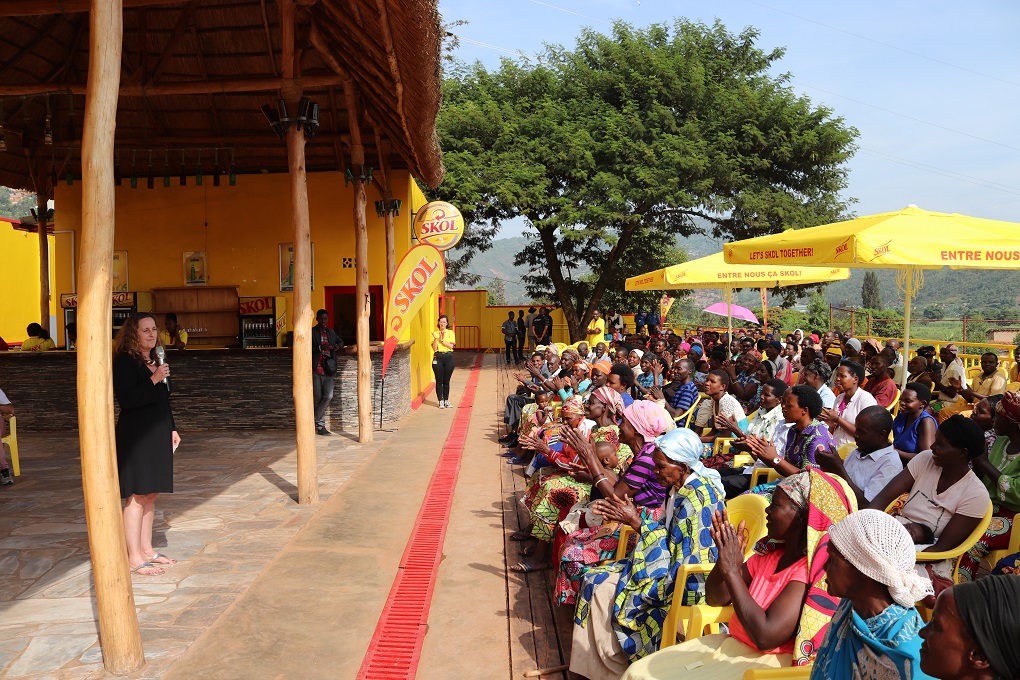 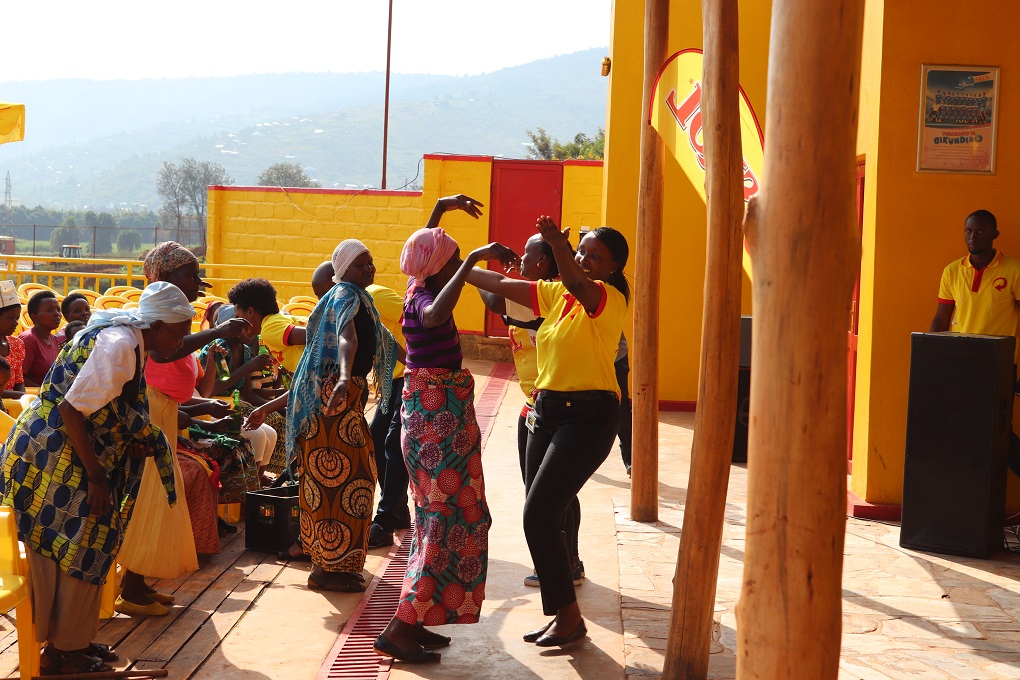 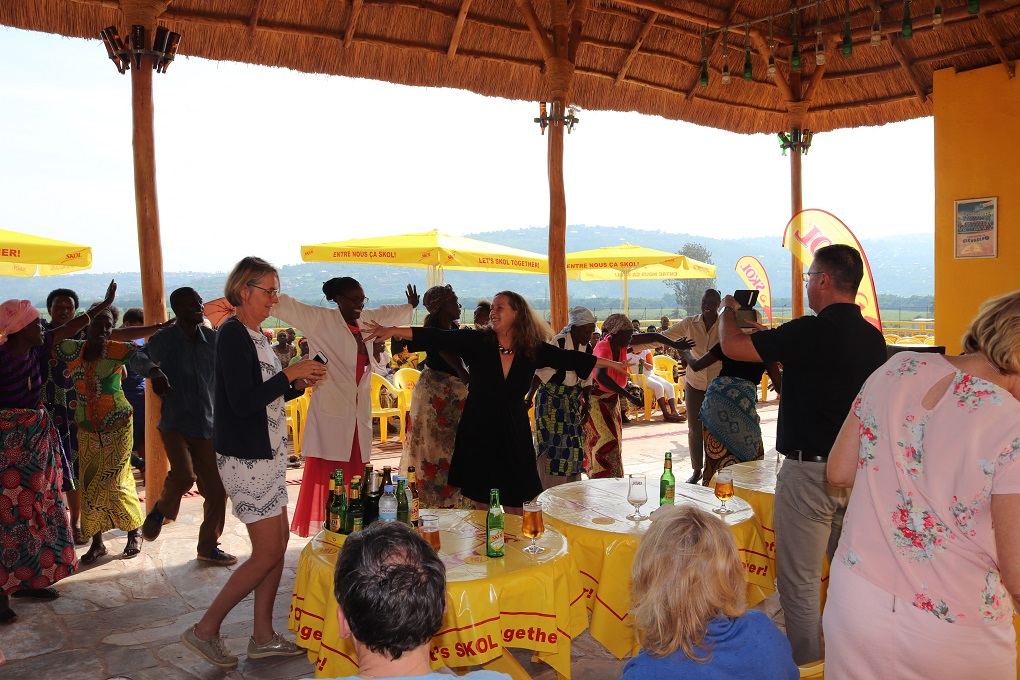 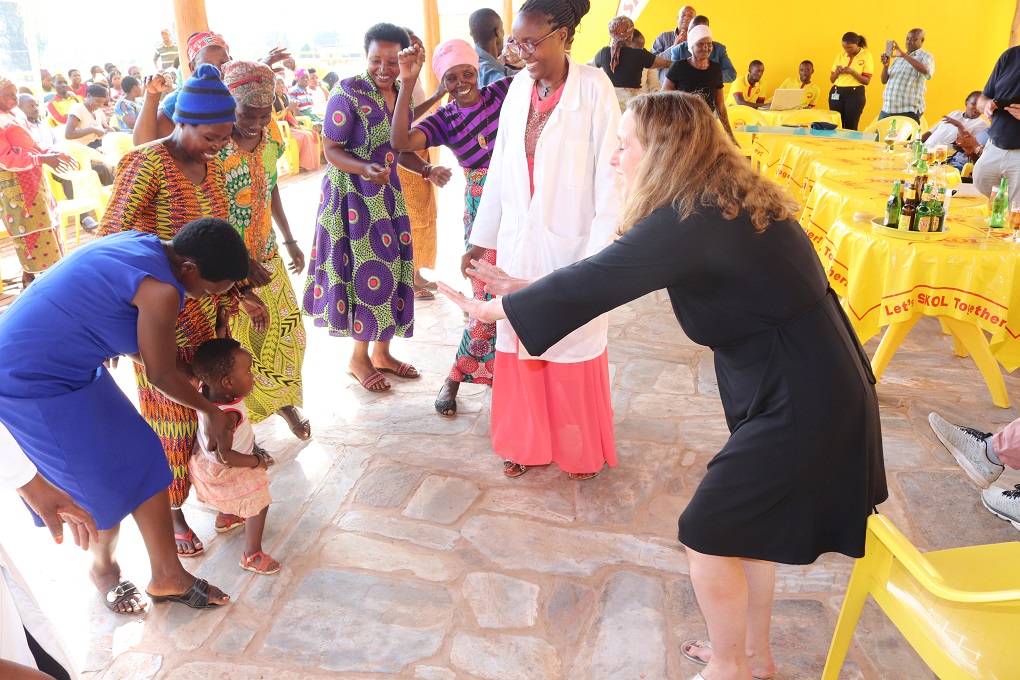