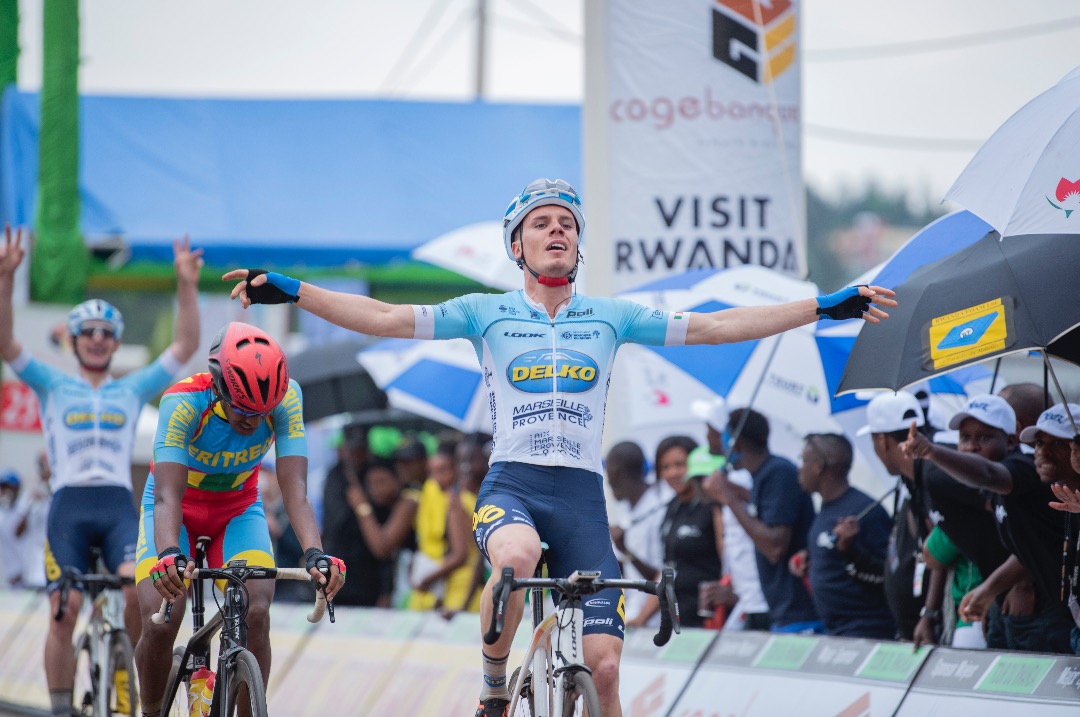 Debutant Italian and Team-Delko Marseille Provenance rider Fedeli Alessandro was quick to display his talent on Sunday by winning the first stage of the 2019 Tour du Rwanda in Kigali.

At almost 22, Alessandro has already had a good reputation in the youth category in Italy, including two stages of the Tour of Val d’Aosta but also the GP Della Liberazione U23.

He took advantage of the good work of his team in the last kilometers on the approach of the final circuit with the climb arrival where he kept a sufficient margin of a handful of seconds after his effort in the climb where only Eritrean Yakob Debesay and his Polish teammate Przemyslaw Kasperkiewicz followed him after the crash in the last turn.

It was the last episode of the opening leg, where a long 100-kilometer breakaway of four riders took advantage of a lead of more than five minutes. 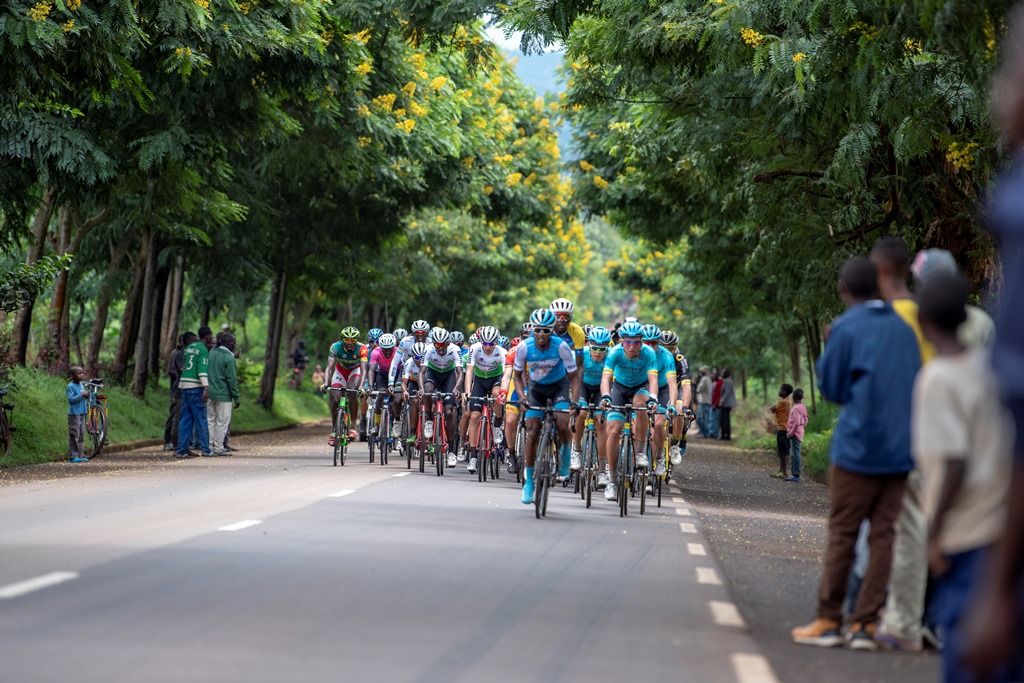 South African Rohan Du Plooy, Rwandans Moise Mugisha and Bonaventure Uwizeyimana, and Frenchman Florian Hudry were well organized before being caught by the peloton just 8 kilometers before the finish line. 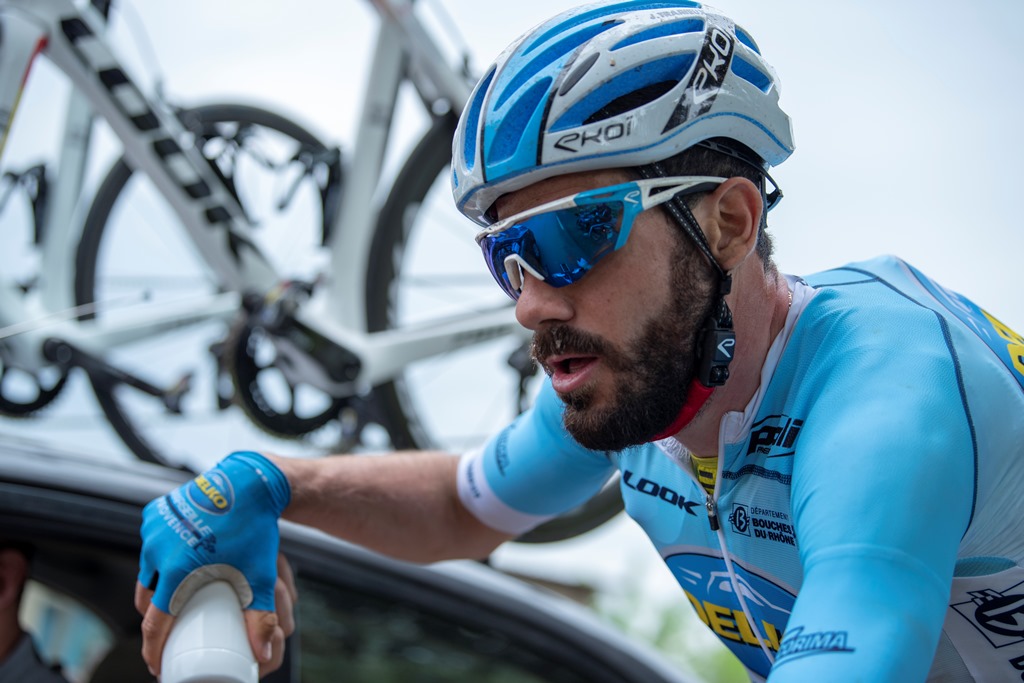 The World Tour Astana team started work at the front of the peloton to prepare the work for his Colombian rider Rodrigo Contreras.

He had believed in the victory by crossing the first line but he had forgotten that there was still a lap. It then allowed the peloton to organize again in the last lap and Italian Alessandro Fedeli to open his hiatorical victory in Rwanda, hitting the finish line leading a bunch sprint alongside Debesay and Kasperkiewicz in 02h41’32. 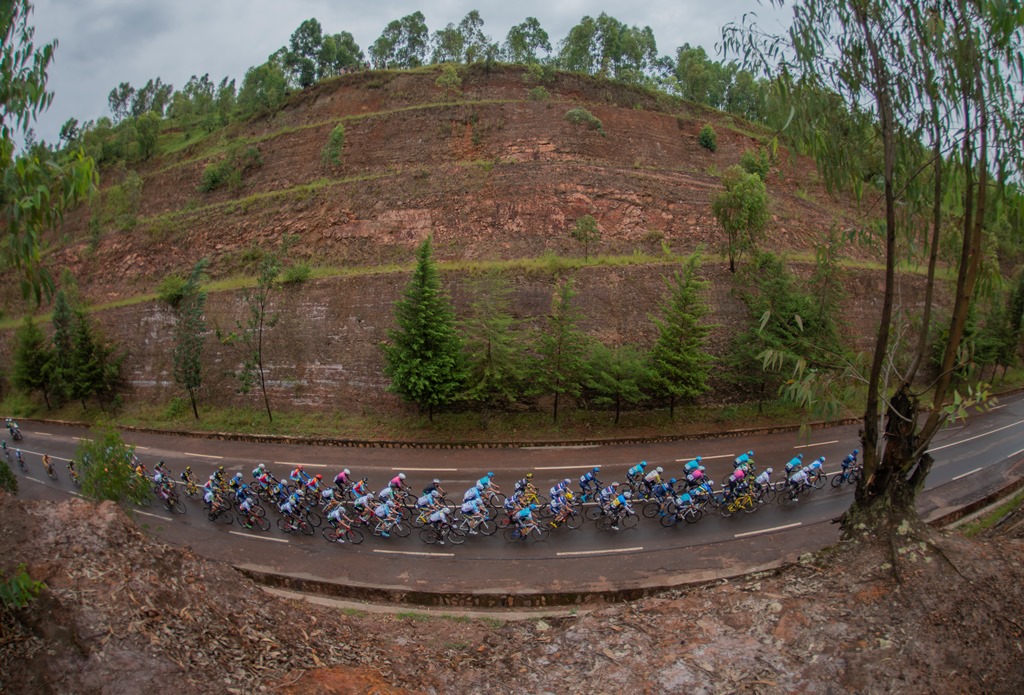 After the race, Alessandro said, “It’s amazing to win the day of my first race with my new team. It was a perfect day for me, I felt good. The work of the whole team allowed me to be well started. I already have good references with them, it puts me in confidence. This is the first time that I come ride in Africa, I am surprised by the quality of the roads here in Rwanda, much better than at home in Italy. I know that the program of the next days will be more and more difficult in the mountains, it will be very difficult to defend the yellow jersey,’ 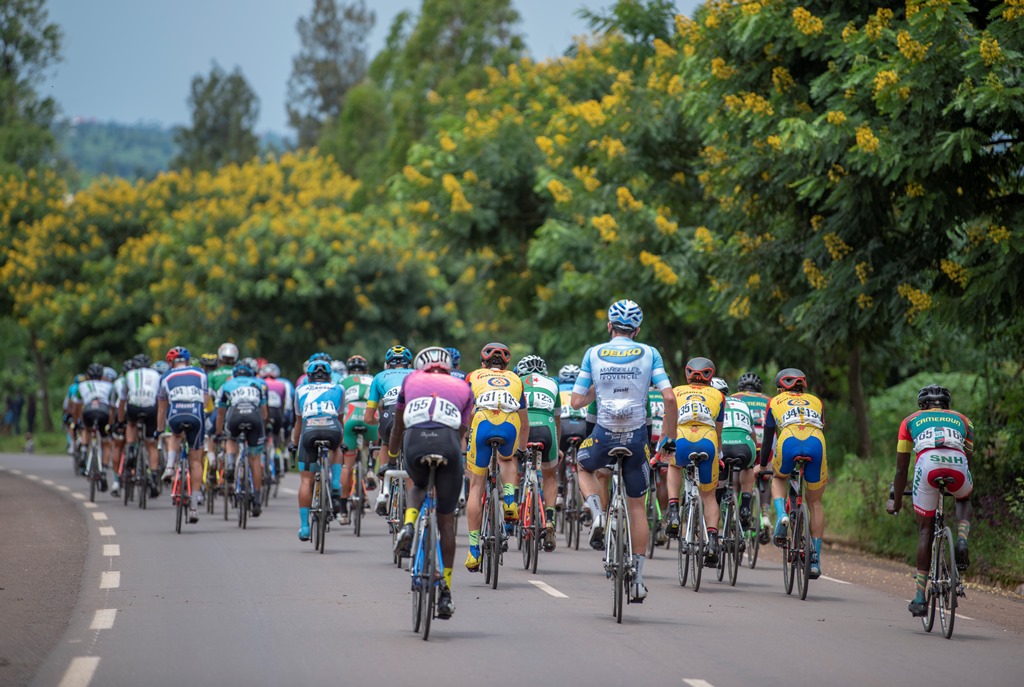 2017 Tour du Rwanda champion and current African cyclist of the year Joseph Areruya who is riding for French side Team Delko Marseille was the best ranked Rwandan as he finished fourth, coming two seconds behind his winning team mate. He also emerged as the best Rwandan rider after stage one. 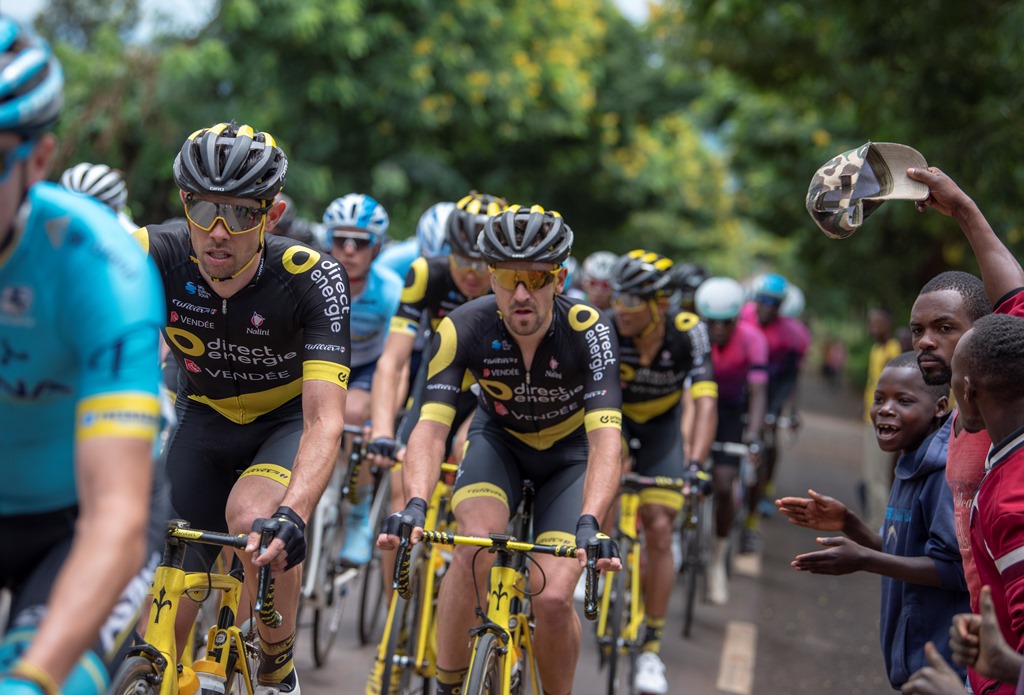 Areruya said, “We have seen good teams on the first stage. I am happy that I have finished in the top five. We had a tactic of technically riding together as a team and our mission was well achieved with the yellow jersey victory. We now have a big task of protecting this yellow jersey such that we can keep it going into the next stages.” 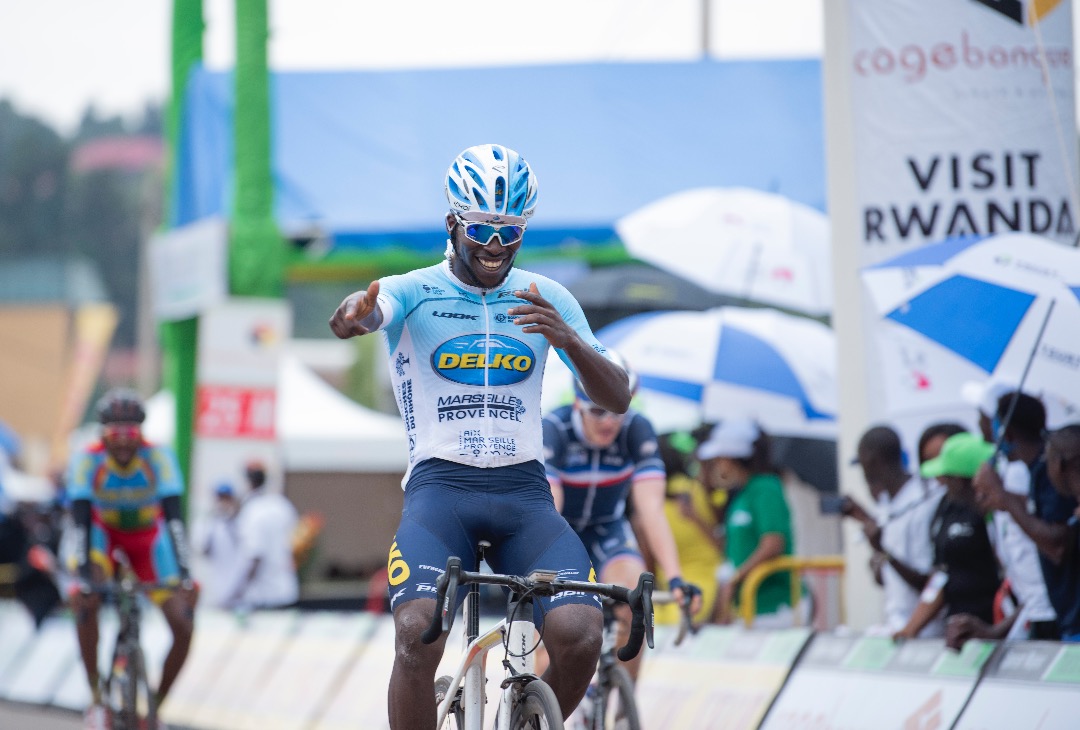 Another Rwanda, Patrick Byukusenge who is the captain of Benediction Excel Energy club managed a ninth place finish after clocking 02h41’32.

Rwanda rider Mugisha Moise who finished a distant 64th position was awarded as the most combative rider of stage 1. 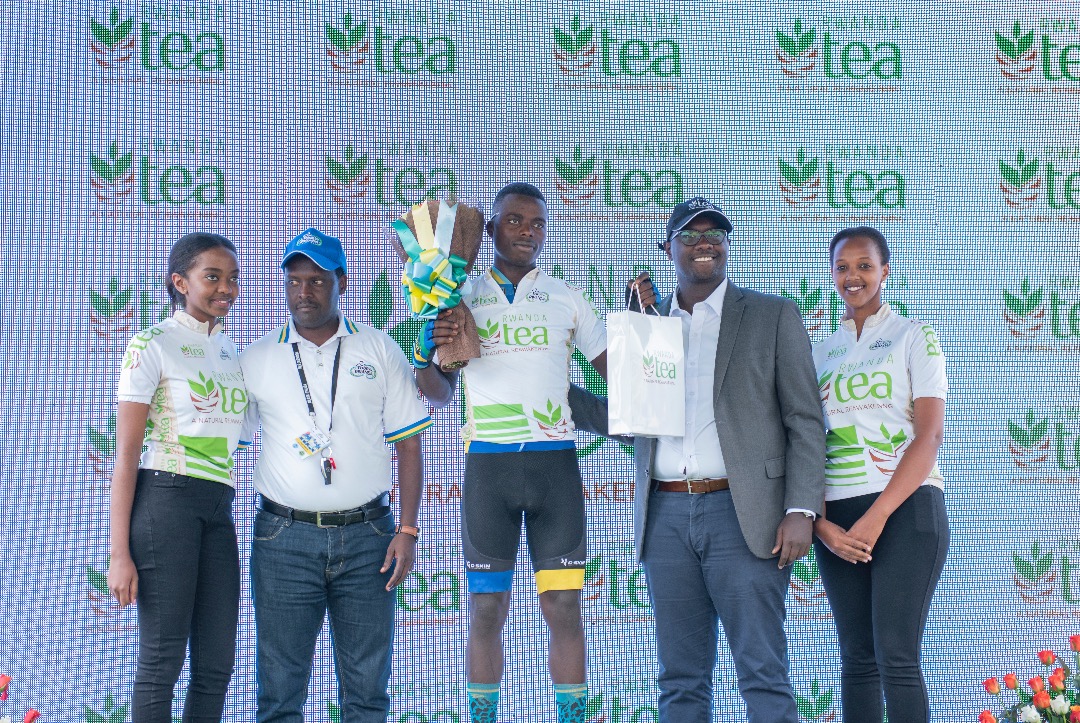 Action continues on Monday with stage two which will see riders covering 120.3km from Kigali City to Huye District. This is going to be a regular stage with three major tests on the road from Kigali to Huye via Muhanga. 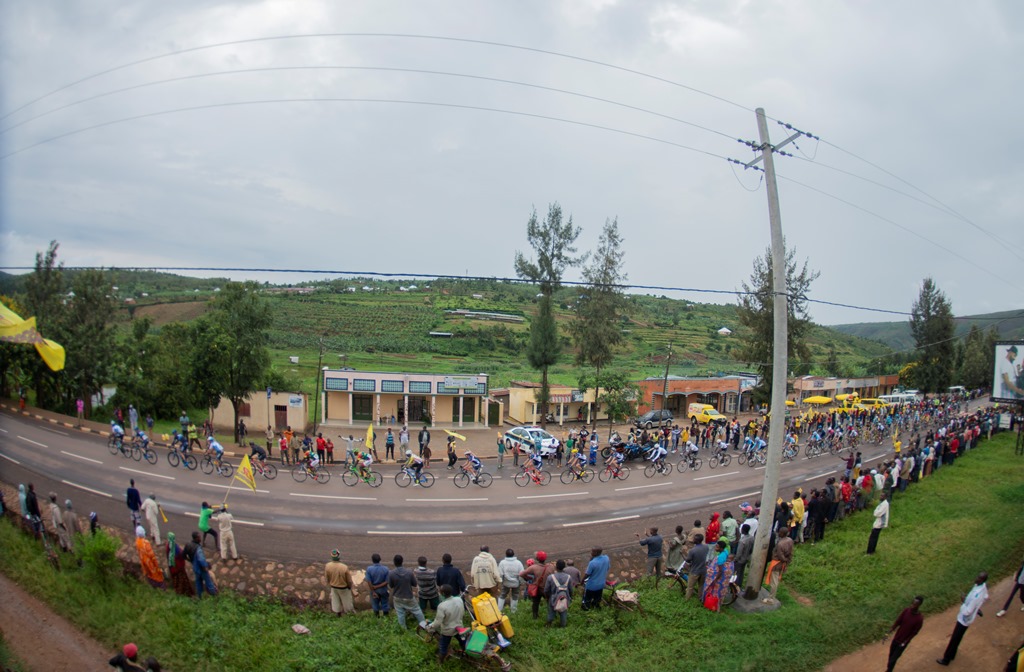 After stage two, riders will take part in one of the grueling and longest stage ever in the history of the race, the grueling 213.1km Stage 3 from Huye to Rubavu.

Stage 5 from Karongi to Musanze (138.7km) will feature three Category 1 climbs and will be decisive for the general classification, while the race will once again wrap up in Kigali next Sunday with a 63.7km circuit in the capital that features seven categorized climbs.